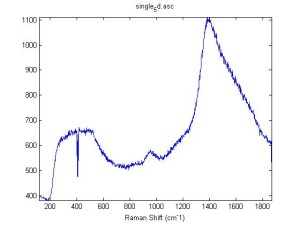 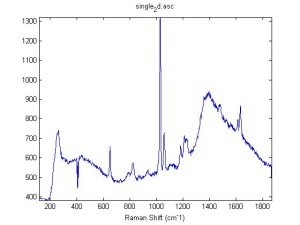 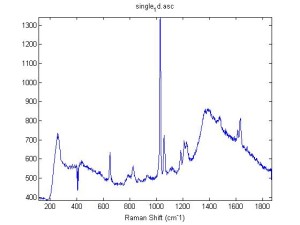 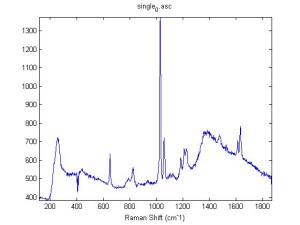 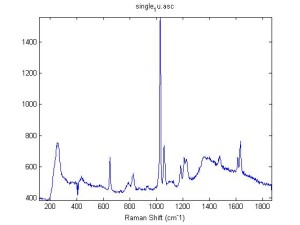 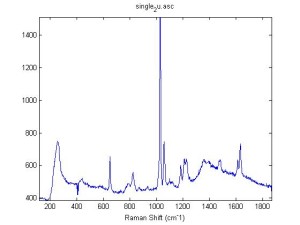 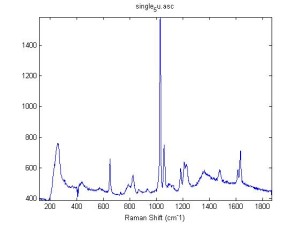 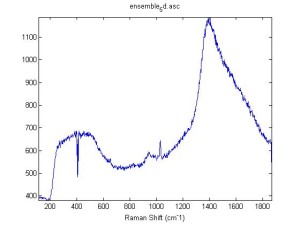 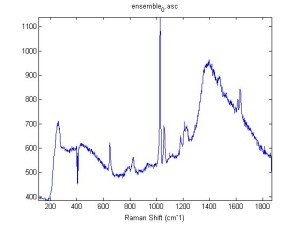 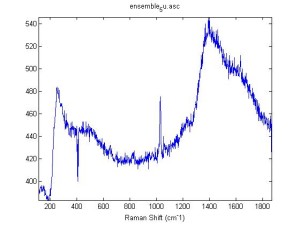 Raman Spectra of 1um beads taken at 20s exposure times.  Spectra were taken at different axial positions of trapped bead(s?) and a group of beads that were adhered to the cover slip.  These positions ranged from about 5 (microns?) above and below the cover slip (full range is shown for individual beads while select points are shown for the ensemble).  The “glass edge” on the right is dominant in all of the adhered ensemble spectra while it disappears as the focus moved farther into the sample for the trapped bead.

Some sources of uncertainty are: 1)finding a place where a bead could be trapped and wouldn’t get knocked out by other beads coming into the trap or leave on its own (I had to start 5 microns above the coverslip to get a stable trap). 2)I used the back reflection of the glass on the microscope’s ccd as a reference point. When I was finishing measurements, I noticed the position of the back reflection was not where I originally set my “0” point (This is not the first time this has been noticed, but I wanted to make a note of it here) 3)I’m pretty sure that 1 increment on the fine tuning knob (which is what I was using to move the objective) corresponds to 1 micron, but I haven’t been able to 100% verify this. 4)Looking at published spectra, the pixel to wavenumber calibration may be slightly off (peaks are shifted to the right a bit). 5)This spectra was taken after looking for and reducing sources of power loss in the Raman path. Part of the process involved adjusting a filter that cleans up the laser light and that may explain the floor around 200 cm^-1

Raman spectra of a plastic block taken at different exposure times ranging from 1 second to 2 minutes (range in images shown is 1 to 30 seconds). Increasing exposure time reduced noise but also increased background.  Spectra was collected with the oil objective and the block in direct contact with the objective, so changing depth was not an option.  I also looked at how the spectra looked using the full CCD (fvb) and a subset corresponding to an individual fiber from the bundle (mt). 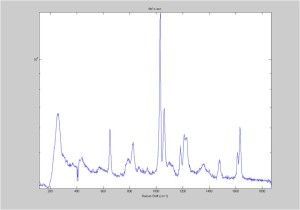 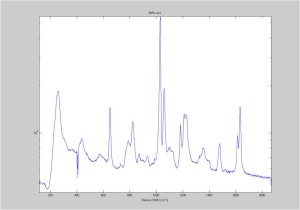 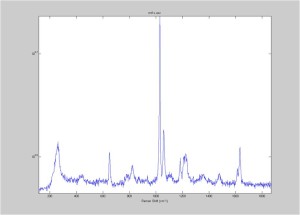 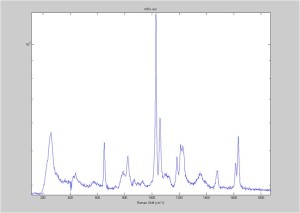 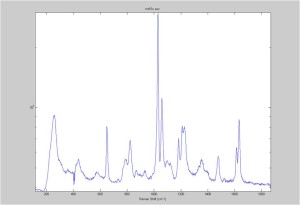 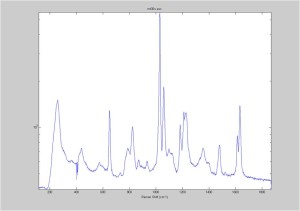 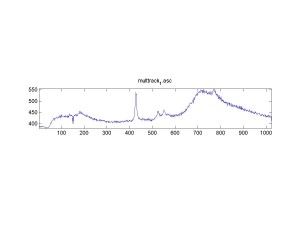 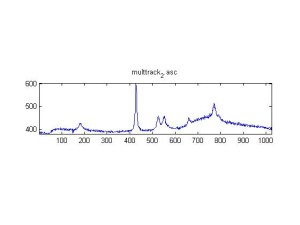 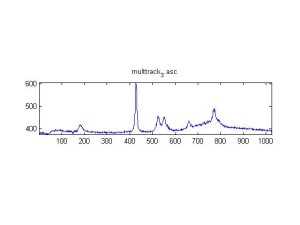 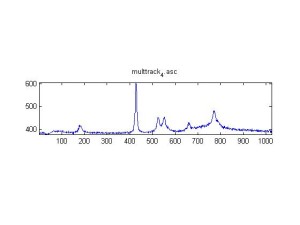 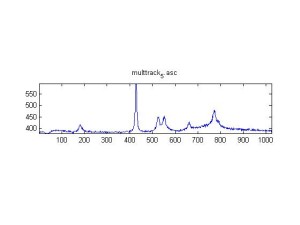 Exposure time was 10 seconds.  Spectra was taken from a section of the image that was 10 pixels tall, corresponding to light going into a single fiber of the fiber bundle. 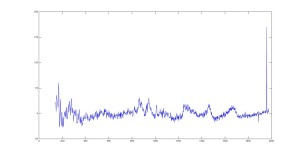 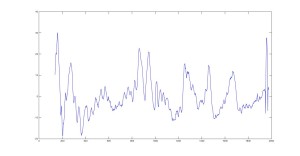 Most peaks are accurately represented in our data, however some peaks seem to be shifted. Such as our Phenylalanine peak at 1010 cm-1 when it should be at 1003 cm-1. We believe this is an issue with the calibration from pixel to wavelength.

1. How does the quality of our data set compared to what we expect to see out of Ramen signal from Cornea?

a. Set up two different data sets: one with raw data, and another      one with smooth data (in matrix).
b. Set up a mean spectrum and calculate the trend of different peaks relative to the mean spectrum.

2. What biological information can we extract from the data set?

3. How do certain peaks change as we image different spatial positions or depth positions of sample?

a. Using the depth scanning / spatial actuator to quantify the peak strength.

4. Find publications regarding the area of interest in mechanical property of cornea. 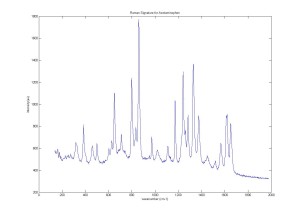 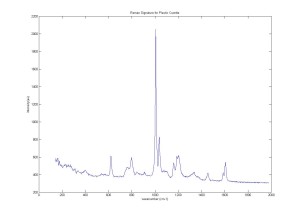 Before data acquisition, the Wavelength and and Raman shift of the scattered light needs to be calibrated.  A gas-discharged neon lamp needs to be used for wavelength calibration.

Step 3: Making a third-order polynomial regression of the known wavelengths of neon on the corresponding pixel numbers.

Now, pixel numbers are able to be converted to wavelength by using the third-order polynomial relation.

Step 2: Converting pixel to wavelength for Tylenol data and then plotting Tylenol spectrum: wavelength vs. pixel

Step 3: Using theoretical spectrum of Tylenol to identify peaks on the plot of Step 2 and save these peak points

Step 5: By using the equation in step 4 and the average laser wavelength, the wavelength is able to be converted into Raman shift