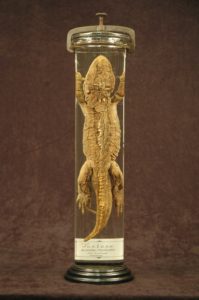 The specimen collection in the Biology Department (click here) is re-emerging even further into the public eye (see here for background) with the launch of the website wardproject.org.

The website links our collection to material in the Department of Earth and Environmental Sciences and related catalogs, bulletins and correspondence housed in the Department of Rare Books, Special Collections, and Preservation. The combination of information on biological material with historical information will provide scientists, historians, and archivists a detailed look into the period between the Civil War and 1900 when the study of natural history grew rapidly worldwide. Powered substantially by undergraduate interest, the website at present is embryonic. However, the content will evolve rapidly. When you visit, be sure to check out the 3D images of specimens with technology developed in part by the River Campus Libraries’ Digital Scholarship Lab.

Just a reminder we have three upcoming thesis defenses this semester, make sure to mark them in your calendar! 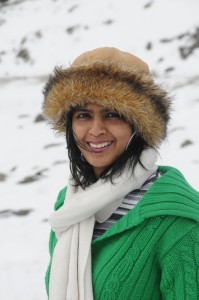 Three new members are welcomed to the Werren lab and Biology Department.  Mrinalini (Munni) arrived in April from Bangor University, Wales. She is researching the function and evolution of parasitoid venoms. Aisha Siebert is an MD/PhD candidate at UR who is investigating function and medical implications of parasitoid venoms. Matthias Williams is a new technician, also working on venoms. 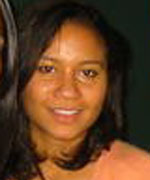 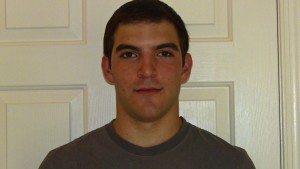 Congratulations to David Loehlin (Biology PhD 2011)! He received the Outstanding Dissertation Award from the University of Rochester School of Arts and Sciences for his work on the genetics of wing size and growth evolution. 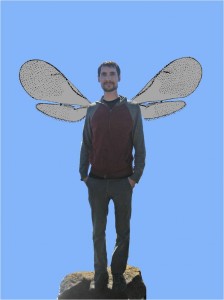 Over the last couple of years I’ve collaborated with Tony Gamble on a survey of karyotypes in geckos.  Tony is studying the evolution of sex determining mechanisms and geckos are an ideal model clade for such an endeavor because they have evolved every mechanism known in vertebrates. 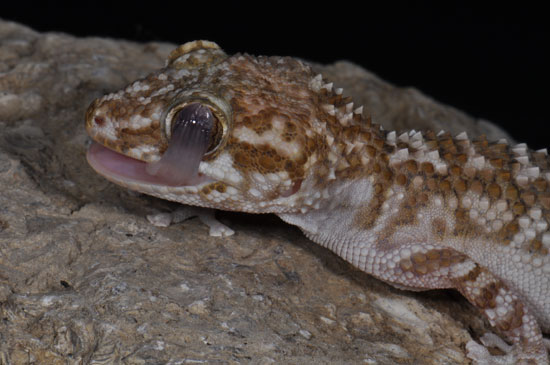 An adult male of the undescribed Paroedura species in our study cleans his eye. Gekkonid geckos lack moveable eyelids and so clean their eyes with their tongues.

Around the time this collaboration started I “discovered” an undescribed gecko from the Malagasy genus Paroedura on a reptile dealer’s list.  I sent all of the specimens to Tony for karyotyping, and the results from this study were published in this month’s African Journal of Herpetology.

END_OF_DOCUMENT_TOKEN_TO_BE_REPLACED

SCIENCE PAPER: Using positional cloning, Loehlin & Werren (2012) have cloned the gene responsible for large differences in male wing size between Nasonia species, and shown it to be a well-known growth regulator called “unpaired” (upd). Further dissecting the region around this gene by fine-scale recombination has revealed regulatory modules affecting spatial and temporal expression of the gene. The upd gene is functionally related to interleukins in humans, which regulate cell growth and differentiation, and are involved in cancer. Loehlin & Werren propose that upd could be a “hotspot” for the evolution of growth regulation in diverse organisms, a proposition that needs to be further investigated. Dave completed his PhD in autumn 2011 and is now a postdoctoral researcher in the laboratory of Sean Carroll. See a podcast interview about the research by Jack. Here is the link to the Univeristy of Rochester press release. 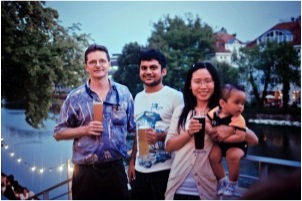 The Fry Lab recently traveled to Tübingen, Germany for the 13th Congress of the European Society for Evolutionary Biology.  From the photo above, it seems like they may have used this conference to add an applied dimension to their research on ethanol tolerance.

A new paper from the Presgraves lab out in PLoS Biology fails to find evidence for two forms of X chromosome regulation– sex chromosome dosage compensation and meiotic sex chromosome inactivation– previously thought to act in the Drosophila male germline.  However, analysis of a sperm-specific transgene reporter suggests a novel, uncharacterized mechanism may regulate X chromosome expression during spermatogenesis.  These findings resolve several previously conflicting reports and have implications for patterns of genome evolution and speciation in Drosophila. 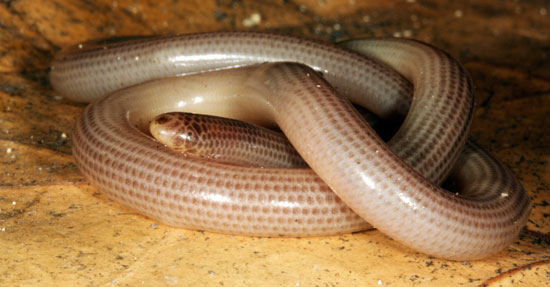 During June 2010 I found myself exploring the southern Caribbean (Trinidad, Tobago, Grenada, and the Grenadines) along with renowned West Indian herpetologists Robert Powell and Robert Henderson and a host of undergraduates working on a REU based on Union Island.  My goal was to collect ecological data on Gonatodes daudini and Sphaerodactylus kirbyi, two sphaerodactylid geckos known only from the Grenadines (the strip of tiny islands between Grenada in the south and St. Vincent in the north).

A few hours after drinking “under the counters” (a high octane mix of over-proof rum and forest herbs/spices) on Grenada, we found ourselves on the steep slopes of Union Island, flipping surface cover at the only known locality for G. daudini in hopes of finding a sympatric population of S. kirbyi.  After several minutes of meticulously picking through leaf litter and turning over downed trees and rocks, I flipped a large, flat rock to uncover a thick-bodied blind snake in the genus Typhlops. I showed the snake to Henderson and Powell.  The excitement was palpable – if it wasn’t a new species, it was a snake that hadn’t been seen alive in over 40 years and is known from two specimens collected on Grenada.

It turns out the snake’s identity is Typhlops tasymicrus, which is the species known only from two specimens collected on Grenada during 1968.  Some of the REU students went on to find additional specimens of this species in the same forested area, and our paper announcing the rediscovery of this species was published in the June 2011 edition of the Journal of Herpetology.  Photos of other species found during the expedition follow below. 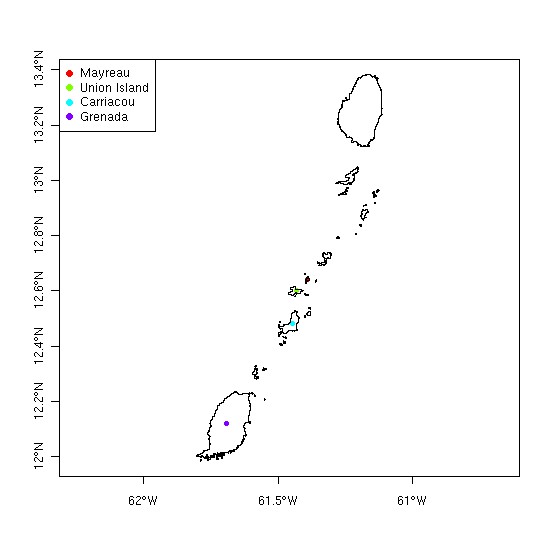 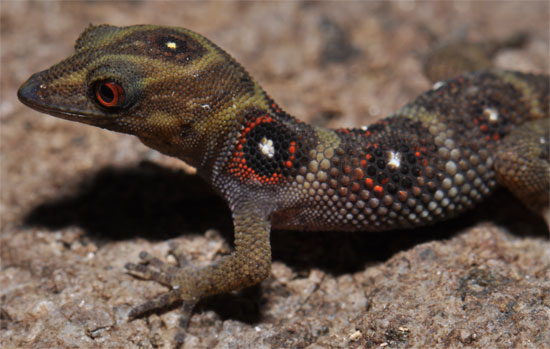 Gonatodes daudini remains known only from a small patch of forest on Union Island. 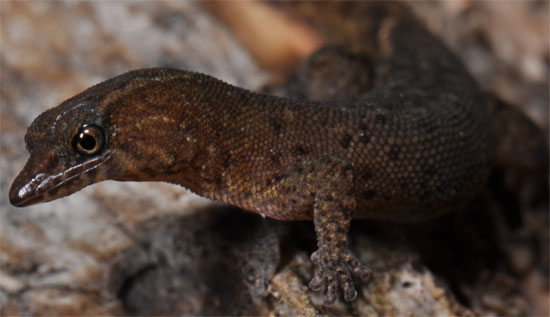 Sphaerodactylus kirbyi from Union Island. This species was formely known only from the island of Bequia. 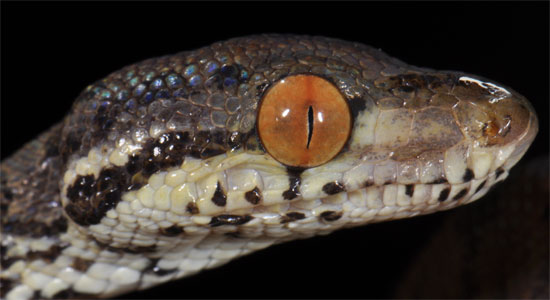 The Grenadine tree boa, Corallus grenadensis, is commonly encountered at night while they cruise through the trees in search of sleeping prey. 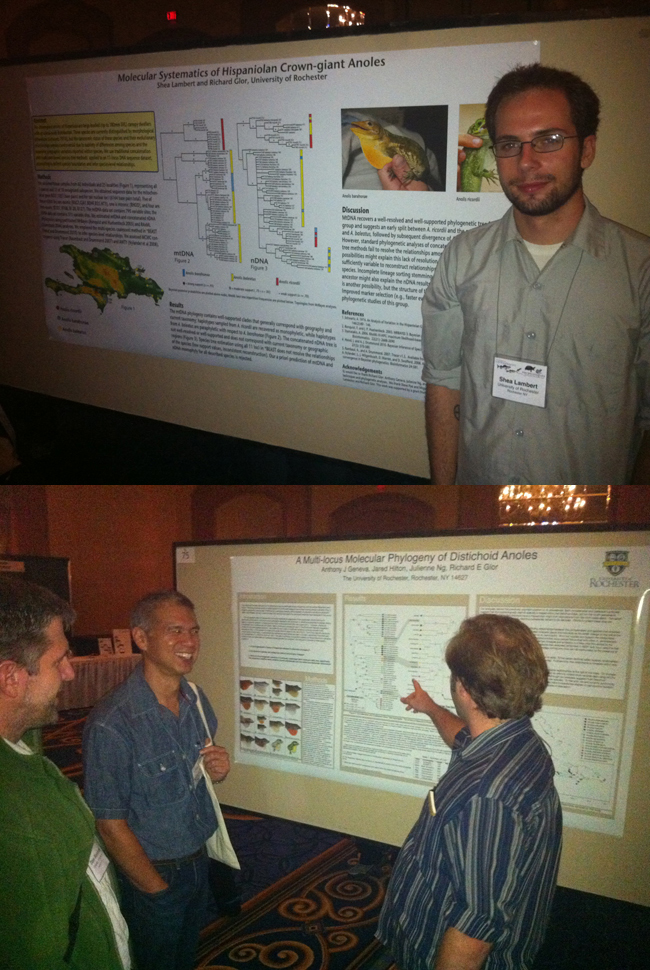 Bob Minckley and amigos relocated and resampled all the vegetation plots in Mexico that had been established in 2000. Some of the plots, especially those that are near water, have changed considerably.

Towards the end of the trip, a few individuals of Colorado River Toad (Bufo alvarius) and Gila Monster (Heloderma suspectum) were out in anticipation of the rainy season. 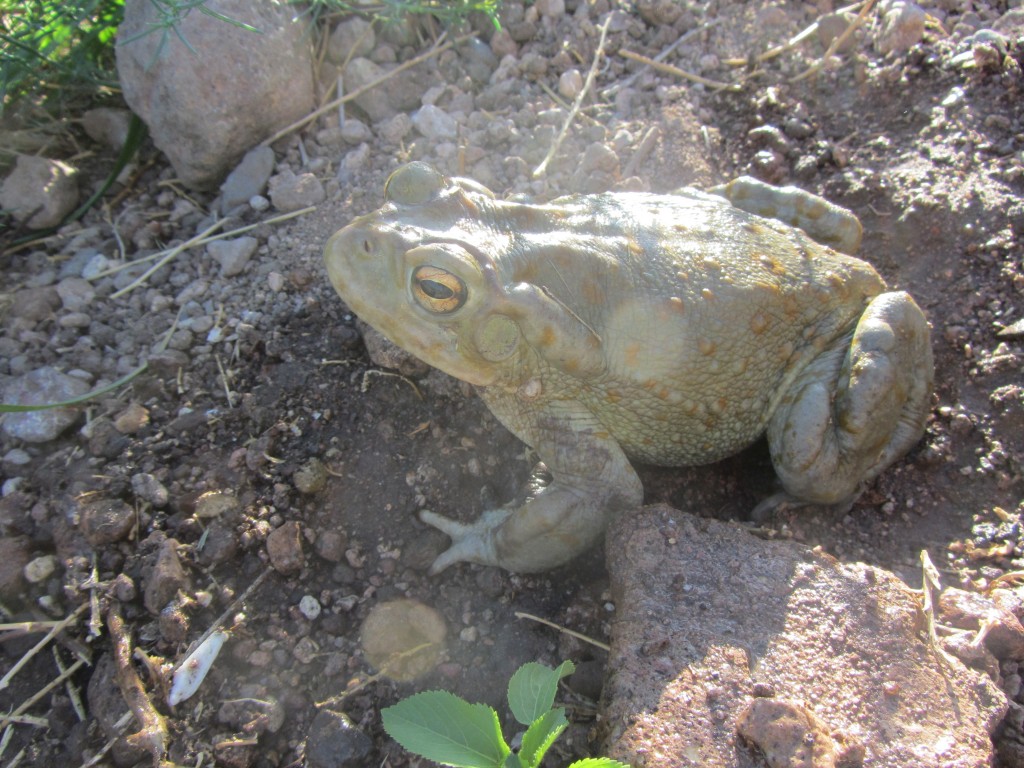 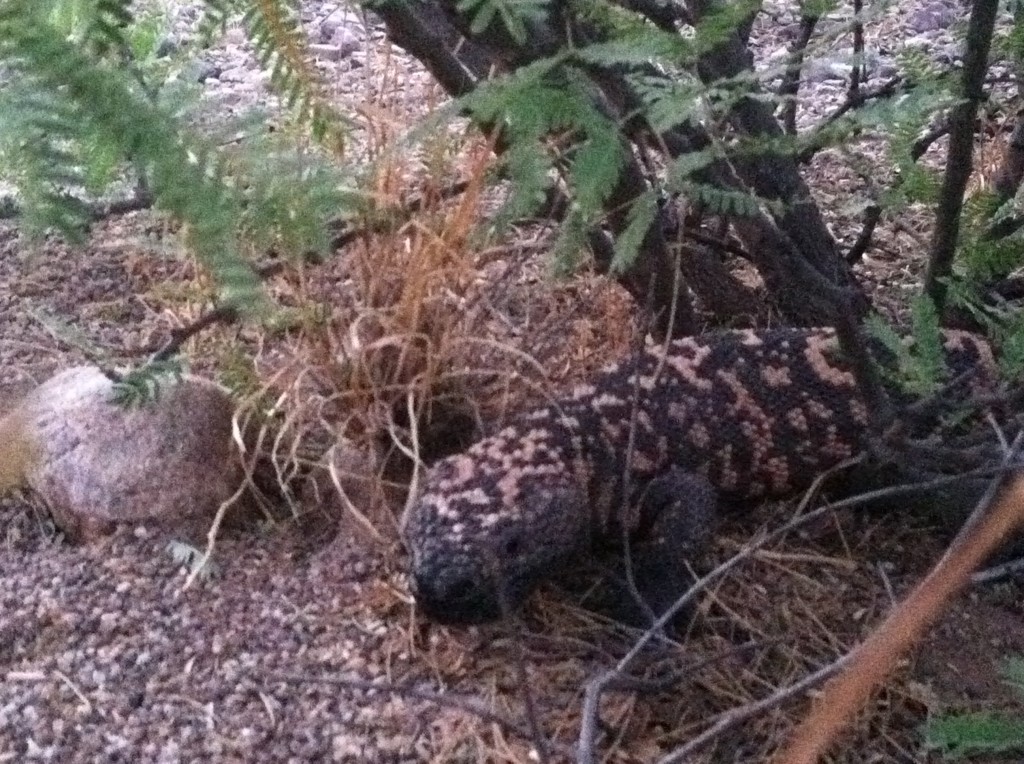 The Horseshoe fire in the Chiricahua Mountains burns on and the worst part of it will be when the rains begin and there is no vegetation to slow the water and the soil suspended in it. Here are some pictures from El Coronado Ranch on the east side of the Chiricahua Mountains in east Turkey Creek Canyon. It is remarkable to see how variable fires can be. In some areas the understory grasses and shrubs burn and most trees appear to live and in other nearby areas everything burns. 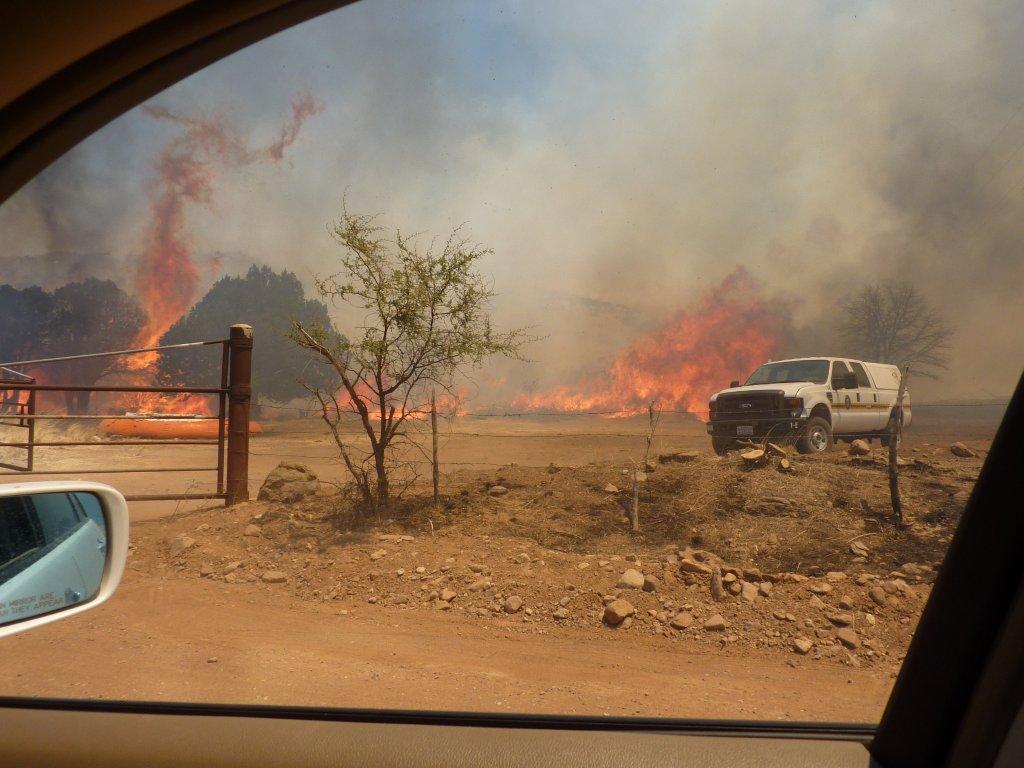 The hillside below was a hot spot, as you can tell by comparing the two pictures taken two weeks apart. 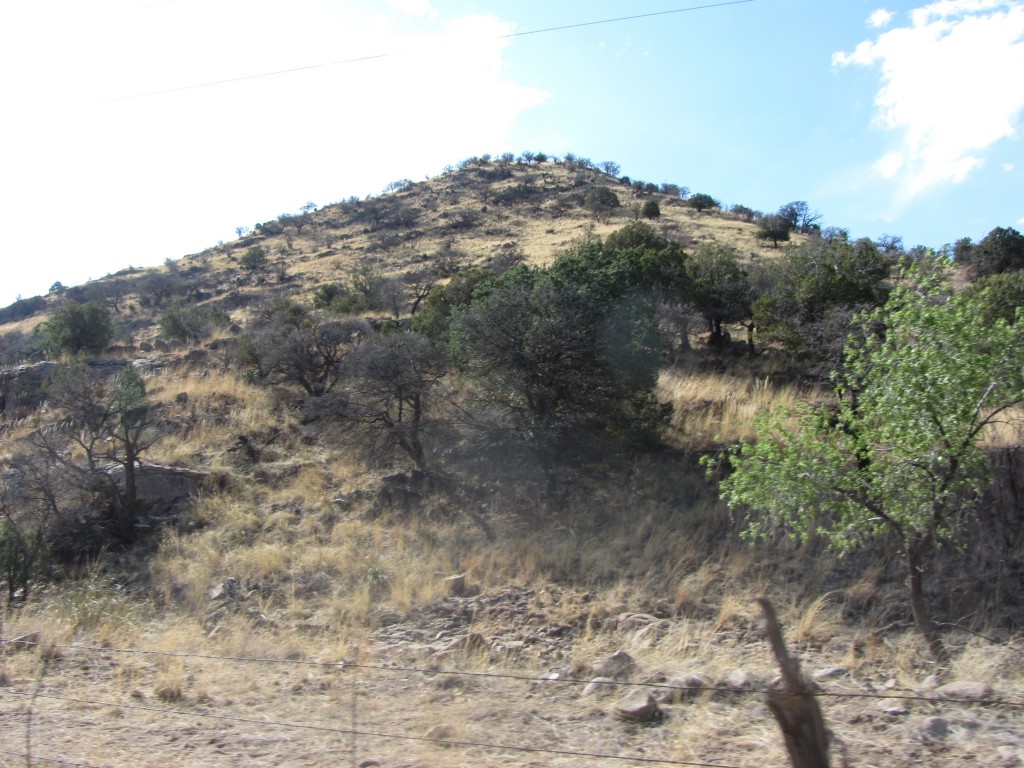 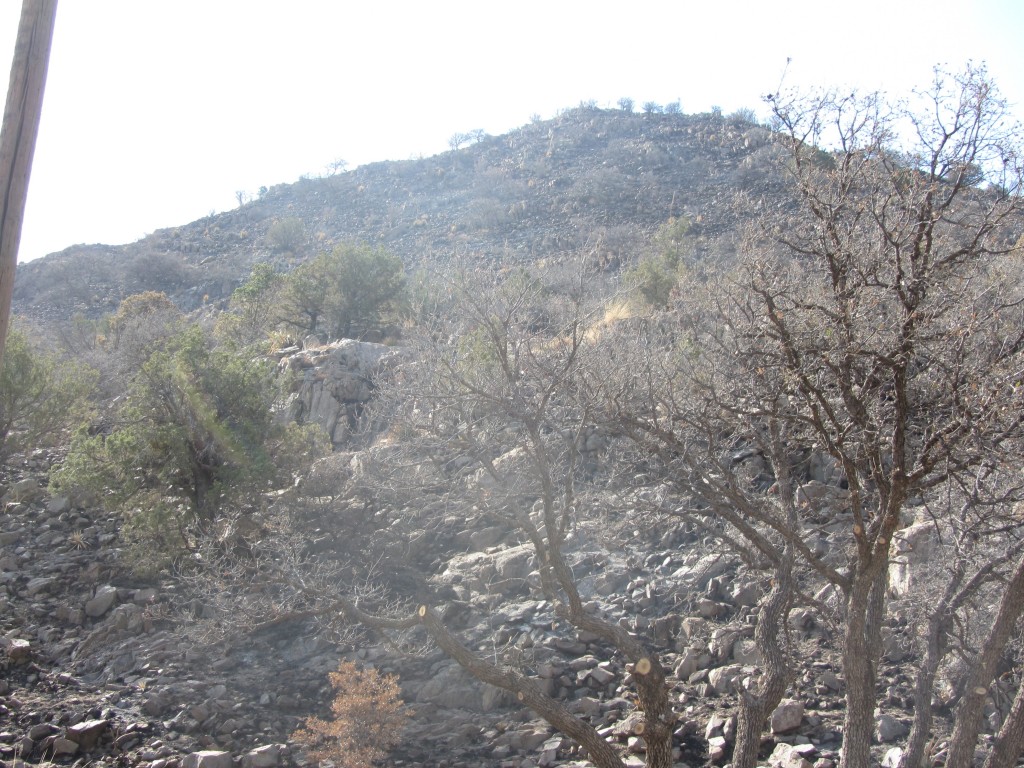