Solar energy, wind power, biofuel, wave energy, geothermal power, tidal power, biomass… With all these renewable sources of energy and new ones being developed progressively, many wonder why the world does not exclusively run yet on clean energy.

Take solar energy, whose technology has been significantly improved over the past decades. It is currently ranked as the third biggest renewable power source after biomass and hydropower, and offers several benefits including financial savings. Yet, solar power still faces a number of limitations that prevents it from being the preferred source of energy in our society.

Though sunlight itself contains an enormous amount of energy, only a tiny portion of this power can be captured and converted into usable electricity by photovoltaic panels. This low concentration of energy delivered by the sun is known as the “diluteness problem”. In order to harness sufficiently enough energy, solar power plants need to invest in a lot of materials, such as highly purified silicon, phosphorus, boron, and other compounds. Though they are becoming cheaper, manufacturing efficient solar panels from these materials is still a big investment that can only be worth it in the long run.

To offset the diluteness problem, a solar park also needs to multiply their solar panels. The large-scale production of electricity means therefore covering vast lands with solar panels. This can be challenging in regions that lack open, inhabited spaces.

Another crucial problem faced by solar power plants is the dependence on weather conditions. Forget free energy on rainy, cloudy days or after sunset. This intermittence in energy production affects the reliability of solar power plants. Moreover, peak energy availability does not correspond to peak demand by households. On a typical sunny day, the load curve of a solar electricity grid follows a peculiar pattern known as the “duck curve” (Vox). Essentially, electricity demand peaks in the morning and evening, whereas solar power plants generate the most energy mid-day. This create an imbalance and a risk of over-generation. After years of improvement, solar power plants have managed to reduce the duck curve, but the problem still persists today. 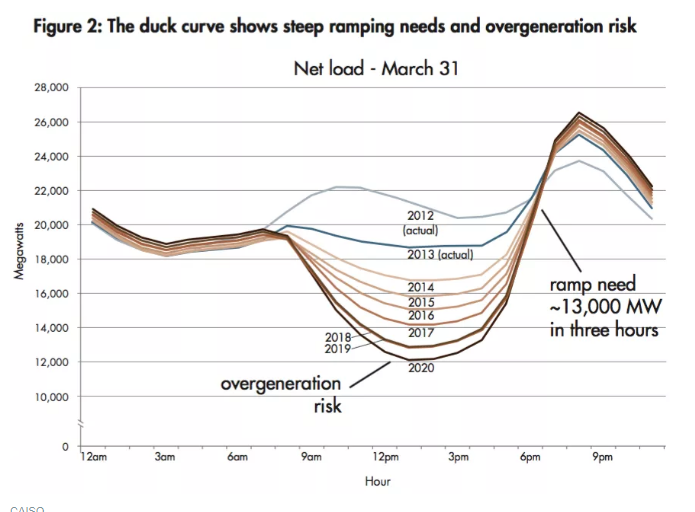 Before closing the case and proclaiming coal as a perpetual energy source, solar energy is getting more affordable and efficient. A decade ago, the cost of a solar panel installation was $8.50 per watt whereas it is just $2.81/watt today (EnergySage). In 1960, PV cells had an efficiency of 14%, but today commercial solar panels achieve an efficiency of up to 22%, and researchers have develop prototypes capable of 44.5% efficiency. As the technology gets better, we can expect solar power to be the main source of energy in the future.

Photo by Manny Becerra on Unsplash