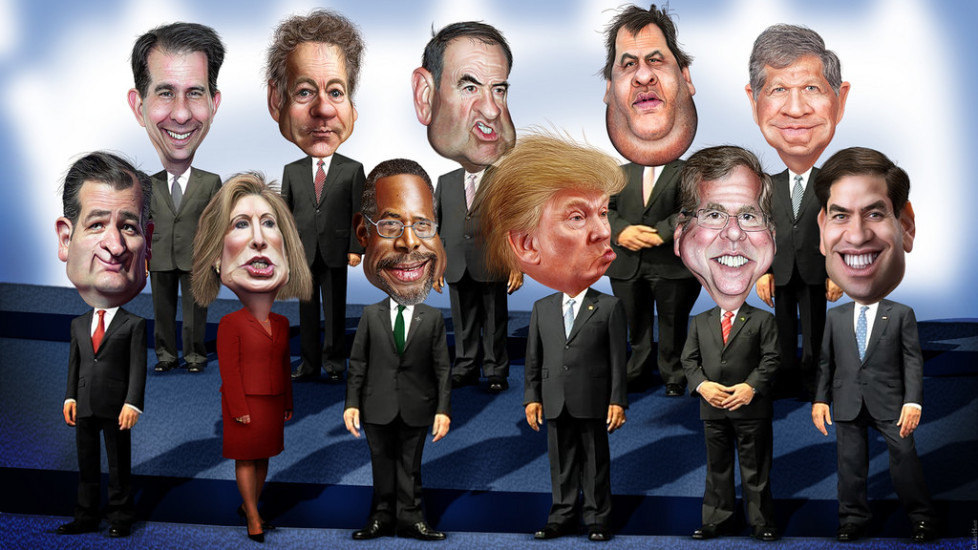 The second Republican National debate, which took place on the night of September 16th, 2015 at Ronald Reagan Presidential Library, was one for the records. The three-hour long debate featured the top eleven presidential candidates from the Republican party hashing it out in an attempt to gain America’s votes. According to CNN, the debate averaged 23.1 million viewers, making it the most watched program in CNN history.

Many sources are calling it “the debate from hell.” By the end of the night, the candidates looked more like they had run a marathon than bickered on stage for three hours. The debate was chock-full of middle-aged men speaking over one another, trying to get each and every jab in.

When the issue of climate change was brought up, the Republican candidates didn’t give it the time of day—and I didn’t expect them to. Jake Tapper, CNN’s moderator for the debate, brought up Reagan’s climate change insurance policy. Senator Marco Rubio was first to prove that he couldn’t care less about our environment. Tapper asked a question originally posed by former Secretary of State George Shultz:

When Reagan was President, he faced a similar situation to the one we are facing now. There were dire warnings from the mass consensus of the scientific community about the ozone layer shrinking. Ronald Reagan urged skeptics in industry to come up with a plan—do it as an insurance policy in case the scientists are right. The scientists were right. Reagan and his approach worked. Shultz asks, why not take out an insurance policy and approach climate change the Reagan way?

Senator Rubio made it clear that he was more concerned about our economy than our environment. He argued that every proposal put forward so far to diminish climate change would destroy the American economy and do absolutely nothing to save our planet. He went ahead and put the blame on China, stating, “We are not even the largest carbon producer anymore, China is.”

Tapper then turned the conversation to Governor Chris Christie for his opinion on the matter. Christie agreed with Rubio that government intervention was not needed to solve climate change. He argued instead that utilizing cap and trade along with nuclear power would be a better alternative. “We shouldn’t be destroying our economy in order to chase a wild left wing idea that somehow, us by ourselves, is going to fix the climate.” Rubio then chimed back in, claiming that climate change interventions proposed by Democrats, “will not do a thing to lower the rise of the sea. They will not do a thing to cure the drought here in California. But what they will do is they will make America a more expensive place to create jobs.”

Clearly the Republican party as a whole does not think climate change interventions are the way to go, or even that they will work. But what I don’t think Senator Rubio and Governor Christie realize is that the environment is in fact much more important than our economy. If we don’t put an end to climate change now, we are going to be faced which much worse economic issues in the future. What happens when we run out of water to produce crops, when health expenditures sky rocket because of smog and air pollution, when we run out of oil to fuel our cars? Climate change is eventually going to cause major environmental problems, bigger than the ones we are already facing, and if we wait to address them, it is going to cost a lot more money after the damage is done.

Some of the best scientists and engineers have come up with ingenious ways we can reduce our carbon footprint, yet they will never get implemented if one of these Republicans becomes President of the United States. Why do politicians like Rubio and Christie think climate change interventions won’t work? Are they somehow more knowledgeable about global warming than the scientists who proposed these solutions?

And for some reason, Christie thinks China is the only country that needs to address climate change. While they are the number one emitter of carbon right now, America was in the same place not so long ago. And guess what? We are still in second place. Bernie Sanders, a Democratic Presidential candidate was live tweeting the GOP debate last night. He hits the nail right on the head.

“Still waiting. Will they ever talk about climate change as a foreign policy issue? Or talk about it all? #DebateWithBernie”

Bernie Sanders has my vote in this election. Sanders has already advocated to tax carbon and methane emissions, put an end to the Keystone XL pipeline, and secured billions of dollars in grants to reduce greenhouse gas emissions. And he won’t stop there. If elected, Bernie plans on moving away from fossil fuels and towards renewable energy—particularly wind and solar. He truly wants America to be an international leader in the fight against climate change.

Written by Alyssa Lemire, Class of 2017