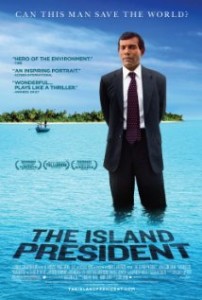 Way back in November, two students from the University of Rochester traveled to Bard College’s Center for Environmental Policy to attend the Campus to Congress educational conference. Eric Semmel ’14 and Alan Zhao ’16 were among the 50-60 participants who attended this annual leadership conference with an environmental slant.

The focus of C2C is to develop leadership skills, fundraising abilities, and gain a positive experience about discussing environmental issues with peers and instructors. The mostly college students and small business owner attendees must apply in order to attend the conference. C2C conferences occur all over the country but Bard College is the founding institution.

Activities at the conference ranged from small group discussion, practice with public speaking, pitching ideas to receptive group members, and many speakers. There were at least three local lecturers: an aquaculture owner from New York City, an owner of a solar panel startup, and the mayor of New Paltz. A highlight of the conference was a Skype call with  the founder of 350.org.

The director of Bard College spoke as well and he focused on the importance of activism at the college age – before too many commitments get in the way of travel and taking risks.  Upon return to the University, Semmel was excited to work more with the Student Sustainability Council because it encourages student group collaboration. The conference emphasized cooperation as a key component to confronting environmental issues. He cites the different perspectives, learning about varied skill sets, and access to networking – especially on Facebook – to be key components of the conference.

After leaving the conference, the student participants worked on one project at each of their separate colleges. The project was to screen The Island President, a film about how the former President of the Maldives struggled with global climate change policy as his country slowly slips underwater. The film was successfully shown here last Wednesday, April 17, and was followed by a webinar with the film’s director, Jon Shenk, Former UN Deputy Permanent Representative to the Maldives, Thilmeeza Hussain, and May Boeve, head of 350.org. Simultaneous showings of the film took place across the country.

Last year the University had another student attend C2C conference. Joey Griggs ’13 was a true risk taker when he attended the first ever C2C conference last year. This version of the conference was about half as large, and focused on bringing together people who are interested in environmental issues, to challenge and be challenged, and have real conversations. He similarly enjoyed the extensive discussions with the other students as they approached issues from a conventional view and were all very intelligent. He felt the conference challenged him to reconsider his view of the environment. Similarly, he networked with participants through Facebook where they share articles, discuss issues, and share scholarship information.