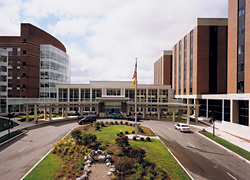 Due to the complexity of patient care, Strong Memorial Hospital (SMH) consumes vast quantities of materials. Many biological and safety restrictions require that certain items be disposed of, instead of the preferred choices, reuse or recycling. Similarly, the nature of work at SMH contributes to the challenges with recycling – employees are very busy and focused. As a result of these factors implementing recycling programs often requires additional effort and creativity.

One heartening example is happening at the Blood Bank and Transfusion Medicine Unit laboratory. This department is responsible for determining blood types, performing tests to ensure transfusions are safe and effective, and preparing blood products for patients. Consequently a large variety of outside components, including chemical reagents, are shipped to the facility. Many of these items are temperature-sensitive and surrounded by large numbers of reusable cooling gel or ice packs. Since the laboratory has refrigeration facilities, these cooling packs are traditionally discarded.

As a result, Axel Kairies, Administrative Assistant at the Blood Bank, witnessed many wasted cooling packs. He and other co-workers would remark, “Well, that’s a shame! Really wish somebody could do something about that!” In response, Mr. Kairies and co-workers made an effort to reuse the cooling packs by bringing them home and to keep food and drinks cool during family outings.

Despite this practice, many cooling packs still went to waste. Mr. Kairies took the initiative and contacted the University’s Recycling Office.  Through combined efforts, an organization was found that needed the cooling packs. Meals On Wheels Association of America is a national organization that every day provides over one million meals to senior citizens and requires the cooling packs to preserve perishable food during transport.

Mr. Kairies and the volunteers professionally document the “Cooling Pack Reuse Program”. Already in 2012, there was documentation of over 100 different vendor shipments, the brand of cooling pack, and the amount of packs. The cooling pack industry is surprisingly diverse and tracking each brand is not easy. Data collected this year details a total of fourteen different brands such as “Polar Bear”, “Refreez-R-Brix”, and “Koolit”.

The meticulousness of the program contributes to its growth and expansion. Jared Munir of the Goldman Laboratory, in the School of Medicine & Dentistry, volunteered to participate in the Cooling Pack Reuse Program by bringing his laboratories’ cooling packs to Mr. Kairies. 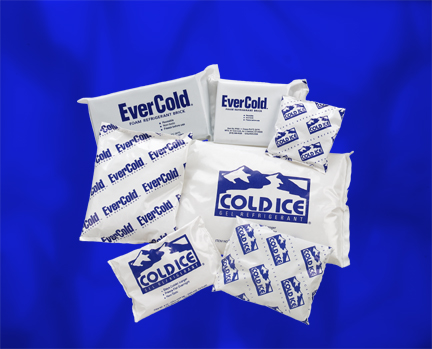 Thoroughly committed to recycling, Mr. Kairies dumpster dives around his workplace and salvages discarded styrofoam. When asked if his colleagues view him as eccentric in his enthusiasm for environmental sustainability, he chuckles and says that he actually finds that most of his co-workers do want to see materials which are recyclable and potentially reusable diverted from the trash bins they often occupy. It appears that the difference lies in whether or not that sentiment gets translated into action.

The dedication of volunteers like Mr. Kairies embodies the spirit of environmental sustainability encouraged by the University. If your department has clean cooling packs which could be reused, please contact the Recycling Coordinator, Amy Kadrie (585-362-5739).