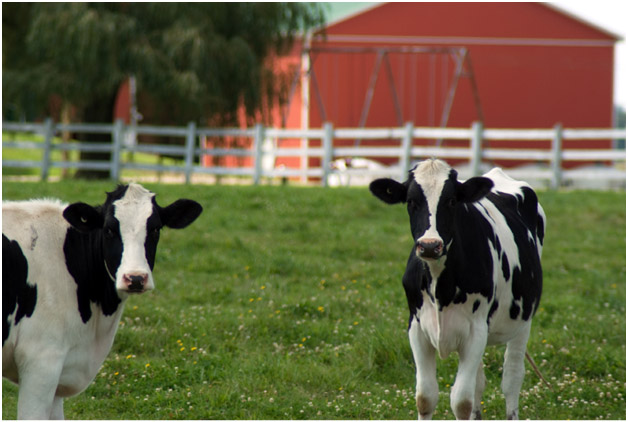 In recent years, the organic milk industry has seen one of the largest booms of any organic product sales to date.  The general belief about organic dairy products is that they are altogether healthier for the cow as well as the consumer, making it worth the higher price tag (organic milk retails approximately $3 above non-organic per gallon in the average American grocery store.) So what’s the trade-off? Is this a genuine healthy shift or just a fad?

The first thing to establish is what makes dairy “organic,” which is a source of much confusion for the average consumer – and frankly who could blame them?  Consumers are bombarded daily with phrases like “organic,” “all natural,” and “pesticide free,” (to name a few), and it becomes more and more of a challenge to determine not only the differences between these claims, but which phrases actually have any significance. So let’s clear that up: USDA Certified Organic is a specific license which can only be obtained by meeting certain production guidelines (this applies to organic produce as well.) For dairy, these guidelines include that the cows cannot be treated with bovine growth hormones (BGH), which are used in standard American dairy farming to increase milk production. (It should be noted that the use of these growth hormones are not typical of dairy production outside of the United States, and are in fact prohibited in Canada, Japan, and the entire United Kingdom, among others.) Organic dairy cows also cannot be treated with antibiotics, as a way of preventing these drugs from entering the milk, therefore reaching the consumer. Cows are also required to be fed with only organic feed, and must be allowed “grazing time.”

The use of growth hormones and antibiotics are often a cause for concern with American consumers, as they have been shown to potentially lead to an increased risk of colon and breast cancer, as well as heart disease. However, it has been generally disproven that there are any direct health benefits to the consumer having organic versus non-organic milk. This is mainly because of the pasteurization and sanitation processes that all American milk is subject to before hitting the grocery aisles. Any growth hormones, antibiotics, or pesticides that could make their way from cow to milk are generally wiped out in these processes, or left in amounts so trace that they have ultimately little effect on human health.

The cows, however, are not so lucky. Growth hormones such as GBH can cause cows to become sickly, and far more susceptible to infection. The use of antibiotics can also make the cows more vulnerable to bacterial disease, as they develop a tolerance to the antibiotics that would normally treat such aliments. Cows living on certified organic farms are also required to have grazing time, and while there is no specific requirement for how much of this time they are given, many non-organic cows spend the entirety of their lives in a pen.

So is organic dairy worth the price tag? That really depends on what is important to you.

One Reply to “Organic Dairy: Is it Worth the Extra “Moo”-lah?”