As the green movement has grown stronger, the use of coal
power in the US and other areas has come continually under fire. But is coal
really all bad? And if it is, exactly what is “bad” about it, and why have we
been using it for so long? 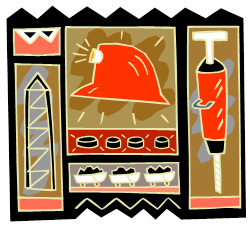 Coal power in the US has been around since the first coal
power plant was built in the 1880’s, and has remained in use consistently
since. The main reason coal has stayed so popular for so long is quite simple –
we have tons of it! In fact, it has been approximated that the US has enough
stores of coal to keep up current usage levels for 250 more years.

This abundance of coal makes the price relatively stable and
inexpensive, making it economically preferable over many other current sources
of energy. The technology for burning coal is also fairly simple, and building
a coal power plant is cheaper than a plant for virtually any renewable energy.

While an economist might give coal power a clean bill of
health, to an environmentalist coal’s record is pretty dirty – literally. One
of the major problems with coal is that it is a severe pollutant, with its
burning causing toxins to be released into the environment, causing erosion and
habitat damage. It also releases sulfur, carbon, and nitrogen dioxides (two-thirds,
one-third, and one-fourth of the total amount in the atmosphere, respectively)
which are known to cause cancer and respiratory disease. Along with these
chemicals, the smog produced by burning coal is also known to deplete forests,
and to be one of the largest contributors to global warming.

Article by Grace Interlichia, class of 2014

6 Replies to “Pros and Cons of Coal”