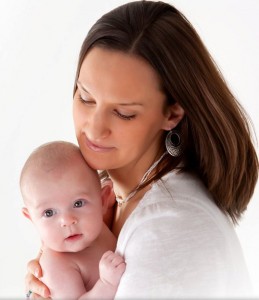 Amy’s passion for sustainability grew from her childhood love of nature and appreciation for the outdoors . It was her firm belief that we are all responsible for our actions as humans, including the way we treat this planet, that led her to become the Recycling Coordinator for the University of Rochester in October of 2008. Before that, she attended the College of Environmental Science and Forestry in Syracuse, NY, and even studied in Australia as part of a Rainforest and Reef Ecology course. She went on to work for The North Carolina Department of Environment and Natural Resources as a Compliance Officer before starting at the U of R.

As the Recycling Coordinator, Amy’s main goal is to increase to the University’s recycling and reuse percent while decreasing the output of solid waste disposal. She has implemented changes to make regular recycling simpler and easier for the campus community, as well as discovering new ways to recycle more materials and reduce waste in general. Such initiatives include the annual e-waste recycling events to reduce electronics waste, the Move-Out, Cleanout program to donate unwanted dorm items at the end of the year, coordination with departments to reduce and reuse supplies, and many more. The result of her hard work is evident in the impressive increase in our recycling percent from 17.5% in 2007, to 32.2% in 2010. In addition to recycling and waste reduction, Amy works continually to increase sustainability at the University through increased education and awareness by engaging in student and staff activities and events, coordinating biweekly Go Green! articles, and maintaining the sustainability webpage, blog, and facebook.

When she is not working to save the planet, Amy enjoys reading, walking and being outdoors, and being a “Mommy”. 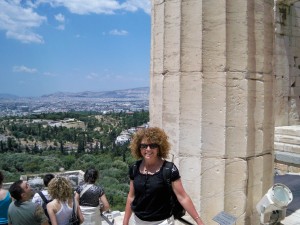 Even though she earned her mechanical engineering degree from rival RIT, the University of Rochester is thrilled to have Pat as the Director of Support Operations in the Facilities and Services Department. She began her career as an intern at Carrier Corporation during the oil crisis of the early 1980’s, testing room temperatures to verify that they were not wasting energy by being excessively cooled. Early on in her tenure at the U of R she worked as an Energy Engineer on lighting and mechanical (HVAC -heating, ventilation and air conditioning) projects to reduce the University’s energy use.

Pat has a firm belief that being sustainable is the right thing to do, especially since it is so often easy. In her current position, she has been extremely proactive in getting her department to go green. She helped implement a computer policy to automatically turning off computers when not in use; establish paper reduction programs including double sided copying, sharing printers; and install occupancy sensors on indoor lights. The department is also encouraged to shut blinds, use the stairs, attend sustainable meetings, and generally act in a sustainable manner.

When she isn’t enforcing sustainable procedures at the University or writing for The Green Dandelion, Pat enjoys spending her time outdoors while skiing and golfing, and does yoga and boot camp when the weather gets bad. 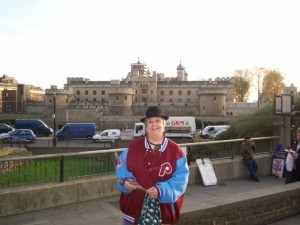 Judy’s awareness of sustainability spawns from her interest as an inhabitant of planet Earth. Her official position is the Staff Development Coordinator for University Facilities and Services (but she also holds the unofficial position of University Cat Lady). Her involvement in sustainability at the U of R began when she was asked to assist with recycling issues until a Recycling Coordinator could be hired. Today her sustainability efforts continue, consisting mainly of publicizing the university’s sustainable initiatives to the community, which she does by tabling, getting people to take the Go Green Pledge, and helping out with other events. She is most famous for her raunchy and popular column, Clay’s Green Corner, which is published weekly in The Green Dandelion.

In the future, she would most like to see the human race reduce our dependence on fossil fuels since we are killing ourselves and the planet. Until that happens, Judy will continue to enjoy collecting old time radio shows and hanging out with her hubby, two step-children, and 3 cats. 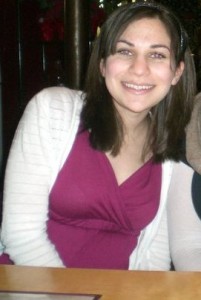 Sarah Goldman is a 2011 graduate of the University of Rochester. She is a Linguistics major, with an ASL minor, a member of the Ballet Performance Group, a lover of country music, ice cream, and jazz hands, and someone who knew almost nothing about sustainability before writing for The Green Dandelion. She had placed the correct items in the appropriate recycling bins, donated clothing and other items when she could, but didn’t really give much thought to sustainability until this opportunity.

Sarah was hired as a student sustainability writer; she was given a list of sustainability topics at the beginning of the school year, and one by one, made her way through the list, picking ones that stuck out as particularly interesting or relevant at the time. If she had no understanding of the topic (as in the article about Green Chemistry), she looked into the subject to determine exactly what it meant, learned what research had been conducted and what discoveries had been made, and then, searched for a way to share that information with The Green Dandelion readers. She has truly enjoyed this opportunity and will take her increased knowledge of sustainability with her after graduation.

One Reply to “Meet The Green Dandelion Authors”