Adam Morton starts his essay “Empathy for the Devil” by notifying his readers that they may find the topic controversial. He states that an internalized moral code limits the imagination which in turn limits a person’s ability to empathize with people who have committed “atrocious acts” (Morton, 318). He then goes on to discuss why people with an internalized moral code have difficulty empathizing with people who have performed such acts. One of his most compelling arguments is the type of empathy invoked. He makes clear in his essay that he does not agree with the use of “pseudo empathy”, which is more based on what you would do than why the person did what they did. To understand this more completely, it is anything that does not fit into Morton’s definition of real empathy: “that one represent the state of the other person, but in a way that captures its affective tone and perspective” (319). Morton applies this to the human ability to empathize over barriers. He uses many scenarios to depict multiple types of barriers that with a strong moral code one might not cross. These barriers include disgust, timidity, and resolution. Morton concludes his essay with the statement “we exaggerate the ease with which we can get accurate, non-psuedo, empathy in ordinary cases… and we minimize the ease with which we can make continuities with atrocious acts” (330). This concludes Morton’s arguement that people need to let go of their internalized moral code and feel real empathy, empathy that is not so falsely intense in ordinary scenarios and is actually felt in cases with “atrocious acts”.

Adam Morton, Canadian Philosopher and author of “Empathy for the Devil”

I do not agree with Morton that internalized moral codes should be lessened so that empathy can be felt for those who have committed atrocious acts. I feel that this moral code is in place in order to fairly judge people who have committed these acts. Everyone has a reason for performing an atrocity, however that does not always justify the atrocity. John R. Chambers writes about the role of perspective taking in empathy, specifically self perspective taking. Chambers writes about the “ease of self-simulation” and how if a person can imagine themselves in a situation that they will be more easily able to empathize with it (154). Thus, empathy will come more easily when empathizing with those that have not committed atrocious acts.

Chambers describes his ease of self-simulation model (ESS model) as a relatively easy to employ technique. It uses “the data available to them” and is also based on experiences from their past (Chambers, 157). This is similar to the form of empathy that Morton does not agree with and dubs pseudo empathy. Morton uses the example of person X having empathy for person A based on his own experiences, and according to Morton this empathy is not enough because it does not account for the full extent of person A’s emotions and reasons (326). This form of empathy lines up with the ESS model. This form of empathy is much easier to attain and is what people use in various ways in the ESS model, anchoring and adjusting model, and similarity contingency model (Chambers, 154). It shows a person what they would do in a similar situation, keeping their moral code intact. A person would have to put forth a great deal of effort and remove their moral code in order to empathize with atrocious acts. Why should this moral code be removed then? If a person has done something so terribly wrong that you have to remove your morals in order to understand why they did it, then why should 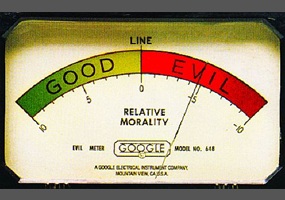 Is ridding yourself of a moral code worth it to empathize with evil?

you empathize? If a person cannot use Chambers model to empathize, then that empathy is being forced because the ESS model has been proven (in Chambers first study) to invoke far greater feelings of empathy than an objective model (158-162). This has lead me to the conclusion that moral barriers should remain intact and if you cannot empathize with someone with these barriers up, then that person should not be empathized with.

My counterargument to Morton would likely cause a person to no longer try to follow Morton’s model. Morton’s essay is completely correct if you want to feel empathy for someone who has performed an atrocious act. However, if you feel as I do, that empathy should not be felt for these people, then you will not follow this model. The effect of my counterargument would be maintaining your moral values and not changing the natural effect of your empathy. Morton attempts to manipulate the way you see things, I do not.

Adam Morton’s essay “Empathy for the Devil” makes an argument about the “barriers” to empathizing with those who commit atrocious or evil acts. Now that you have summarized the article along with a partner, I want you to practice turning a summary toward your purposes and beginning to implement counterargument in your treatment of a scholarly source.

After you’ve incorporated your summary, explain why you disagree with Morton on this point. To do so, you will use your own reasoning, but you will also incorporate a scholarly source of your own choosing to assist you in making your point. This means that you will have to do some independent research using the methods our class librarians went over in class on Tuesday.

So, in summary, your assignment with this blog post is to: