Empathy can be a strange concept. It is often either confused with sympathy, its close cousin of sorts, or remains an abstract entity with vague meaning. If not, those who can define empathy often describe it as the ability to feel what another feels. 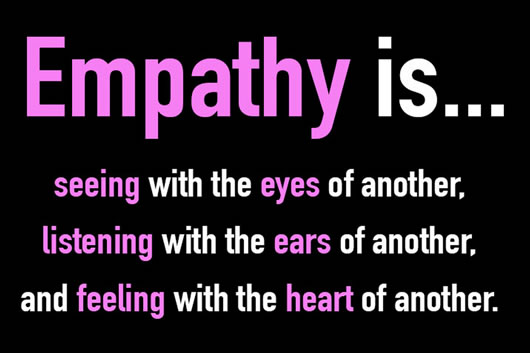 But even then, this definition is a bit of a blanket statement; it implies that we can actively decide when we empathize and when we do not. And we can, to some extent. We can rationalize when to empathize and when not to, but empathy is complex and controlled by both internal and external factors. Then one must ask, what are the internal and external mechanisms and why do they exist? If people tout empathy as something that the world can always use more of, why do we experience lapses in empathy? Lapses in empathy are designed to keep the individual aware of their surroundings without losing their sense of self. It is the combination of internal and external mechanisms that helps moderate empathy, maintain good judgment and a healthy state of mind, given that they are applied in the appropriate situation. Ethics professor Aaron Simmons, advocates for empathy in his essay, “In Defense of the Moral Significance of Empathy,” defending empathy’s importance and virtue in our lives. But he too acknowledges that there is a line between empathy as a virtue and empathy as a detriment. Simmons’ writes, “virtue of empathy [exists] as a mean, between a deficiency of empathy and an excess of empathy,” thus lapses in empathy are important to using empathy in a beneficial way (109). The mechanisms of lapsing empathy will be analyzed through the perspective of passing moral judgment, the modern lens of social media, and misusing lapses of empathy. 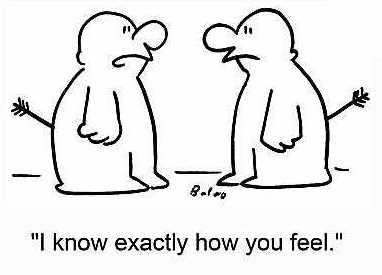 Sometimes, empathizing isn’t always great. Nor is it always the best course of action.

When making moral decisions, various types of empathy, or lack thereof, have different benefits. In Adam Morton’s essay, “Empathy for the Devil,” Morton is concerned with the barrier people construct to prevent empathizing with “the devil,” any person who commits an atrocity. He encourages trying to break down this barrier and disallowing lapses in empathy to achieve understanding between all people, believing that it will lead to a more insightful populace. But for as much as Morton criticizes these lapses in empathy, they serve a purpose. There are instances where too much empathy for the wrong people causes a lapse in judgment and loss of identity, defeating the purpose of trying to gain a more insightful perspective. Rather, lapses in empathy prevent people from losing their morals and sense of self; Simmons also mentions similar support for a reduction in empathy to prevent “losing oneself in the emotional experiences of the other, believing that the other’s experiences are one’s own” (109). While people argue that we should expand our scope of empathy, empathy for all is not the wisest decision, especially in cases that involve empathizing with truly terrible people.

Like the strings on a puppet, social media can influence the opinions we have and the actions we make.

That is not to say, however, that all lapses of empathy are justified or that empathy is solely controlled by the individual. External factors can heavily influence our empathy and it is advised to be aware of these mechanisms that can elicit or inhibit empathy and introduce bias. During the attacks on Paris, social media released floods of concern and love for France’s capital but failed to acknowledge the analogous tragedy that took place only a day before in Beirut. As this gap in empathy was analyzed, it revealed that amounts of empathy were not elicited on a basis of heartbreak, but rather on a basis of how the respective tragedies were labeled and Paris’ stronger cultural relevance to the audience. Social media capitalized on this and introduced external factors of more sympathetic marketing for Paris that skewed empathy between the two cities even more. When empathy is influenced by external factors, it can cause one tragedy to outweigh another. These external mechanisms controlling empathy are immediately connected to the internal controls we have on our own empathy. Should any external factors deliberately trigger internal mechanisms of empathy, empathy is elicited in a biased manner. While the mechanisms of empathy serve a purpose in preventing people from empathizing with people who commit terrible crimes, news companies and social media have also learned to manipulate those same controls of empathy in a biased way for their own purposes.

Harper Lee’s Go Set A Watchman was published years after her prize-winning novel, To Kill A Mockingbird. In the new book, many fans were upset to see Atticus’ iconic character change from Mockingbird.

Moreover, individuals are also capable of misusing lapses in empathy on the basis of irrationality as opposed to wrongdoing; one such example is displayed in the controversial Go Set a Watchman. Despite the drastic character change seen in Atticus Finch, Jean Louise’s own lack of empathy for her father when learning of his racism for the first time demonstrates an unjustified lapse in empathy, as she subconsciously locks off her empathy when she find a fundamental disagreement with him. She refuses to see the world from his point of view because she equates Atticus’ thinking to that of a criminal or immoral being. It is not unlike the lapses of empathy mentioned earlier if one removes the fact that Atticus hadn’t really done anything wrong. This is a misuse of the lapse in empathy because it severs a connection not based on physical and moral wrongdoing, but on a basis of not being able to comprehend. Empathy helps connect people to promote understanding, when a person experiences a lapse in empathy for another because of a difference in opinion, it is not our of preserving good judgment or sense of self, but ignorance. The opposite goal of empathy. While one doesn’t have to agree with Atticus’ views or be swayed by them, it does not mean that all empathy is to be removed. Without empathy in the appropriate situation, such understanding can never be achieved.

Empathy has a time and place. For the most part, people have good guides on when to empathize and not, but sometimes their own opinions and external factors cloud their judgement. As Simmons writes, “On the one hand, one must be willing to intellectually and emotionally identify, connect, and relate with others. At the same time, one must also caution against certain dangers of excessive empathy. One must maintain awareness of oneself as distinct from others” (Simmons 109-110). Empathy is not a “one size fits all” cure to every situation; it is flexible and appropriate at different times. So despite all of its benefits, it can be best to take a step back and assess whether or not empathy is appropriate.

61 thoughts on “The Mechanisms of Empathy and Their Purpose”