Empathy makes us human. To relate our own emotions with someone else’s in order to aid someone is an action that no other creature can perform, except us.  Throughout history, empathy has played a significant role in defining who we are as a community,  our values, and who we will ultimately become. But why do we as humans decide to empathize with one another? Selflessness is a large motive to empathize with another. The empathizer doesn’t receive any direct benefit, so deliberately going out of your way to help someone else requires kindness. In addition to empathizing, the person empathizing will also build a connection with the other person. It is in human nature to connect with others, as I believe we fear loneliness subconsciously. When we empathize with one another, both parties are no longer alone, therefore providing a reason to empathize.

But what really is empathy? It is complex idea; its true reasons prove difficult to understand as many definitions exist. Chanming Duan describes in a study on empathy that “taking another’s perspective and feeling the other’s emotions, pleasant or unpleasant, seem to involve different levels of effort and pleasure” (33). He separates empathy into two different parts: empathic emotions and intellectual empathy. He states that the nature of the situation greatly impacts how an observer will respond to the emotions present. If positive emotions are observed, “when the presenting emotions are pleasant, feeling the emotion may bring the observer more pleasure than taking the person’s perspective” (Duan 33). This pleasant emotion, not unlike laughing, makes another more likely to empathize, or laugh along with the other person. For negative emotions, the opposite reigns true. Duan writes, “feeling another person’s unpleasant emotions can be harder than feeling another’s pleasant emotions” (33). Yet oddly, enough, we almost feel more compelled to empathize with unpleasant emotions, which leads to Duan’s theory why people empathize. There are “psychological gains, such as feeling good about oneself, by showing empathy to those who need it,” Duan states. “The motivation to empathize is more effective in increasing intellectual empathy than empathic emotion, and more so when the target person feels unpleasant emotions than pleasant ones” (33). Intellectual empathy is described as the knowledge that one should empathize, but not the actual emotions of empathy itself. Therefore, if people know that they should empathize, they are more likely too if they see others. This creates a group-like mentality, where everyone each slowly absorbs the empathic emotions of each other.

The standard definition of empathy, widely accepted in society.

Just as Duan believes, the widely accepted definition of empathy is to use one’s own experiences to support or relate to another going through a similar experience. In my first blog post, I analyzed Adam Morton, a professor at the University of British Columbia, and his view of empathy in the text “Empathy for the Devil.” I believe that Morton’s definition of empathy is incorrect, as his interpretation of the definition of empathy is too similar to that of sympathy. In examples Morton provides, most of the examples I found related closer to sympathy rather than empathy. In his essay, he attempts to explain that empathy can take many different forms, yet the core of his argument, his definition of empathy, is incorrect. But his reason for recognizing these emotions makes sense. In every example that Morton provides, the person “empathizing” does so in order to understand what the other person was experiencing. We attempt to connect with each other to understand each other.

Social media and the rise of internet usage has allowed us to connect with each other in many different ways. Sharing pictures, videos, and thoughts allows us to stay in touch with almost anyone, at any time. However, there are many downsides to the increasingly wide usage of social media in recent years. Some sites allow users to remain anonymous, making it impossible for the users to be held accountable for their participation. Anonymity has added a whole new depth of interaction in modern day society. The ability to criticize, cuss out, of applaud someone with no accountability is a frightening power. With internet becoming immensely popular and widely used during throughout the 2000-current, my second blog shows the difference between two times. The event I focused on occurred in 2003, when social media sites were just being developed. The Chicago Cub’s shot at entering a world series was jeopardized because Steve Bartman, a fan in the bleachers, reached out for a ball and interfered. 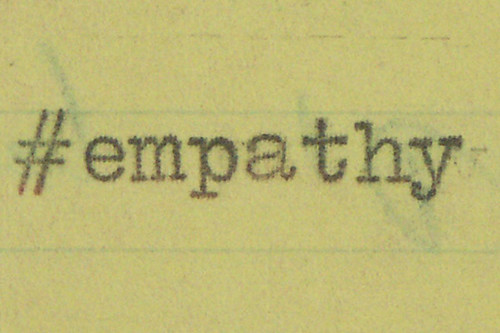 Another example I focused on was the Twitter jokes made by Justine Sacco. Sacco attempted to make some sarcastic jokes that were morally wrong on her Twitter page. Within a few hours, she was trending on Twitter, fired from her job, and her reputation was ruined. Bartman’s experience greatly differed with that of Justine Sacco’s, the only change being the evolution of social media. Both were equally hated, yet the attribute of social media absolutely destroyed Sacco. Bartman, though his act was less morally wrong, was forgiven after a length of time. Both situations were honest mistakes, flawed judgement, but anonymity and accessibility in social media changed the amount of empathy one situation received, yet still the drive is still connection. People chose to express their opinions on Sacco’s “jokes” quite publicly, banding together against a common target. In a way, the situation brought together people on the social media sites, sharing their values with each other and the world.

Society’s values change as popular opinion develops. Therefore, society’s views will change, correlating directly with the popular views. This is because of somewhat fear of standing alone opposing the majority. Values of society have changed drastically over time, especially since the setting of Harper Lee’s “To Kill a Mockingbird.” Harper Lee’s first novel differs greatly from the sequel, “Go Set a Watchman.” In the first novel, Atticus is a forgiving, empathizing individual who believes in equal rights. Demonstrating this by becoming the most hated man in Maycomb County, he chooses to defend a black man in a trial against a white woman. Yet in the sequel, there is no such feeling of equal rights. Atticus, now significantly older, has become racist. Saying things like “Do you want Negros by the carload in our schools and churches and theaters? Do you want them in our world?” (Lee 102) Atticus is barely recognizable anymore. Attending events that inspire white supremacy, the only resemblance to the first Atticus is his relationship with his daughter. Throughout the first novel, his legal representation of Tom Robinson was a heroic decision in the eyes of Jean Louise. Not only was her father a hero, but he essentially taught her the importance of empathy and what it means. Atticus explains that to empathize is to “climb into his skin and walk around in it” (Lee 30) However, as she realizes that her father has lacked the ability to empathize with an entire race, she loses this connection with him.

Being Empathic: The Role of Motivation to Empathize and the Nature of Target Emotions

16 thoughts on “The Hidden Accomplishments of Empathy”