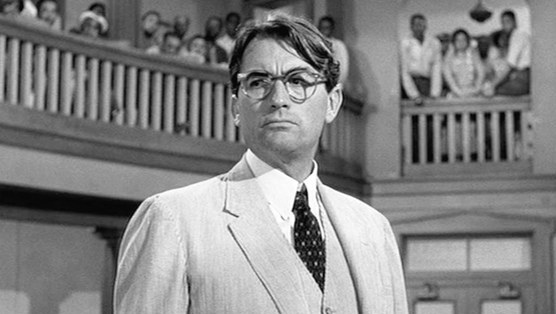 Is this man the real Atticus Finch?

Atticus Finch has been known as a literary hero for many years due to his unwavering morals and refusal to conform to racism in his case of defending Tom Robinson. However, this second book published by Harper Lee challenges all of the preconceived ideas that people have of Atticus. In the second book he is depicted as racist. It is very easy to see the substantive change in Atticus’ character, but in many sections of the book the continuity of his character can also be seen. I believe the Atticus in Go Set a Watchman is the same character that the Atticus in To Kill a Mockingbird was.

There are many points in Go Set a Watchman that show that Atticus is the same character as he is in To Kill a Mockingbird. There was one very outstanding point in this book that pointed to continuity of character. After seeing Atticus at the meeting, Jean Louise could not believe that he was that man because of the man she had known in her childhood. She remembered the criminal case her father had taken when she was younger. “The only reason he took this one was because he knew his client to be innocent of the charge, and he could not for the life of him let the black boy go to prison because of a half-hearted, court-appointed defense” (GSW 109). This is the one point of continuity that I can clearly see in Atticus. He believed in justice, and he did not take this case because of race but because the boy was innocent.  Jean Louise also remembered Atticus saying “Gentlemen, if there’s one slogan in this world I believe, it is this: equal rights for all, special privileges for none” (GSW 108). This point also supports continuity since this is something that the Atticus Finch from To Kill a Mockingbird may have said.

There are also many ideas that can be mentioned that indicate that Atticus is a substantively different character. The main idea for this is the extent that Atticus went for Tom Robinson in To Kill a Mockingbird. He sat in front of the jail that Tom was staying in all night to make sure that he was not attacked. The Atticus Finch in Go Set a Watchman wanted to defend Calpurnia’s grandson in court simply to make sure that the NAACP did not get him off (GSW 149). While these may seem like two different people, it is mentioned many times that Atticus was a man of justice (see above quote, GSW 109). Though he was going about it in a morally questionable way in Go Set a Watchman, the man in both books was seeking what he believed was justice.

By the end of the novel Go Set a Watchman Jean Louise had began to understand Atticus’ point of view regarding race. Though I do not agree with the Atticus in this novel, I understand where his point of view comes from. During the time period this book was set, much of the south still held racist ideas. Atticus was not the worst of them. One of his main points was the idea of black people having the right to vote. “Can you blame the South for resenting being told what to do about its own people by people who have no idea of its daily problems” (GSW 247). This refers to the idea that people from both races had very different things they would vote for because they had different goals at the moment. Jean Louise did not agree with this because she was “color blind” and she saw only people (GSW 270). The way that Maycomb county and Atticus Finch were depicted in Go Set a Watchman is not surprising given the time period that the novel is set. I think that Jean Louise’s response is very characteristic of someone who lived in the north and was raised to believe that everyone was equal. I completely agree with Jean Louise but by the end of the novel I understood how Atticus had his point of view. I think Jean Louise matured a lot throughout the novel by being able to understand her fathers perspective and accepting it even though she very adamantly disagreed with it. Jean Louise had to cope with the transformation of the father she had known as a child and idolized to the man she knew now.

31 thoughts on “Was Atticus Finch a Fake?”