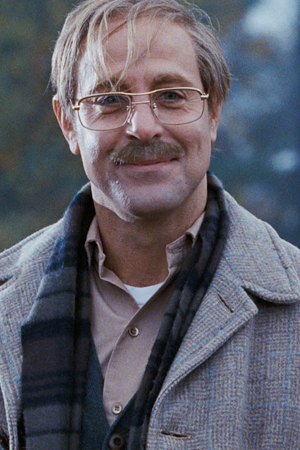 In “Empathy for the Devil” Adam Morton discusses human ability to empathize over moral barriers, specifically, human ability to empathize with people that have committed atrocious acts. Morton argues that humans have a hard time empathizing with those who commit atrocities because they cannot fully understand. Morton states that humans can understand the why, but not the how. He uses the example of the murderous pedophile. We can understand why he rapes children, to satisfy his desires, and kills them, to cover for the shameful thing that he has done (Morton, 321). However, we cannot understand how he did it. We cannot understand the situation or state of mind that allowed the pedophile to actually commit the act. He explains that even if someone believes that they can feel empathy for someone who commits an atrocious act, they may likely be experiencing “pseudo-empathy, an empathic feeling that is not accompanied by understanding,” (Morton, 327). In summary of his article, he states that “we want to take empathy as easy, to ease everyday interaction, and we want to take it as difficult, to keep a distance between us and those we despise. ” (Morton 330). He argues that if we allow ourselves to feel the empathy for those who commit atrocities then we might be better able to empathize in everyday situations.

In the conclusion of his article Morton states, “we minimize the ease with which we make continuities with atrocious acts,” (Morton, 330). He says that if we didn’t do this then we would be better able to feel empathy in everyday situations. He doesn’t really make any connection for how allowing ourselves to feel empathy for terrible people allows us to better feel empathy for everyday interactions. However, he seems to believe that our refusal to feel empathy for those who do evil things is a quite cognitive process, and that if we allowed ourselves to let go of those barriers that we put up we could empathize with everyone regardless of their actions. But, the moral and imaginative barriers that prevent us from empathizing with those who commit appalling acts are important.

One thing that may contribute to the barriers that we put up against assailants is “familiarity bias” or the tendency of people to empathize better with those who are close to them or are similar to them (Hoffman, 232). Our moral values and our inherent belief that we are good, prevents us from feeling similar to those who commit atrocious acts. We are more likely to identify with and want to empathize with the victim in the situation.

Robert Peraza, who lost his son Robert David Peraza, pauses at his son’s name at the North Pool of the 9/11 Memorial.

“We believe that the ease of self-stimulation may indicate a greater likelihood that the target falls within the observer’s “circle of moral regard”—the set of individuals for whom the observer feels some obligation to care (Reed & Aquino, 2003). Those inside the circle are entitled to our sympathy, while those outside the circle have no such claim,” (Chambers & Davis, 155). Basically humans are better able to identify with the victim because of our morality, and with this leave the aggressor out of our empathic emotions. If we allowed ourselves to feel empathy for the person who did the terrible thing then we would find contradiction in our morals. It is our moral barriers that prevent us from understanding how someone is able to do a horrific thing and thus prevents us from being able to carry out the act ourselves.

3 thoughts on “Where Morton Gets it Wrong: Empathizing with Evil”