Evil stems from the fundamental comparison of dark and light, developing in complexity and meaning throughout the evolution of human beings as sentient creatures. But the term empathy and its application to evil and cruelty has hardly been around for a century. While evil itself is a socially defined concept that has very few universal applications, cruelty can be broken down more scientifically in terms of empathy. While “empathy is not the only component that contributes to cruelty,” it is inevitably the “final common pathway” that leads to atrocious acts (Baren-Cohen vii).

“One can imagine what another may be feeling, but cannot actually experience the emotions and motivations themselves.”

This post is not to debate the origins of cruelty, but to analyze the ability of common people to empathize with perpetrators of heinous crimes. In Morton’s essay, “Empathy for the Devil,” he argues that common people are unable to empathize with people who commit atrocities. This stems from the inherent barriers faced when attempting to understand and feel with someone who is committing a crime or act with which we would never normally condone. He claims that because it would go against most people’s own morality, they cannot truly empathize without becoming the devil themselves. This once again comes back to psychological barriers, which create pseudo-empathy, rather than genuine empathic feelings. Therefore, one can imagine what another may be feeling, but cannot actually experience the emotions and motivations themselves, making it less accurate than the true emotion. Morton concludes with the idea that in today’s society, we tend to exaggerate our ability to empathize accurately with those we “should’ empathize with, and suppress our ability to empathize with those who commit crimes. 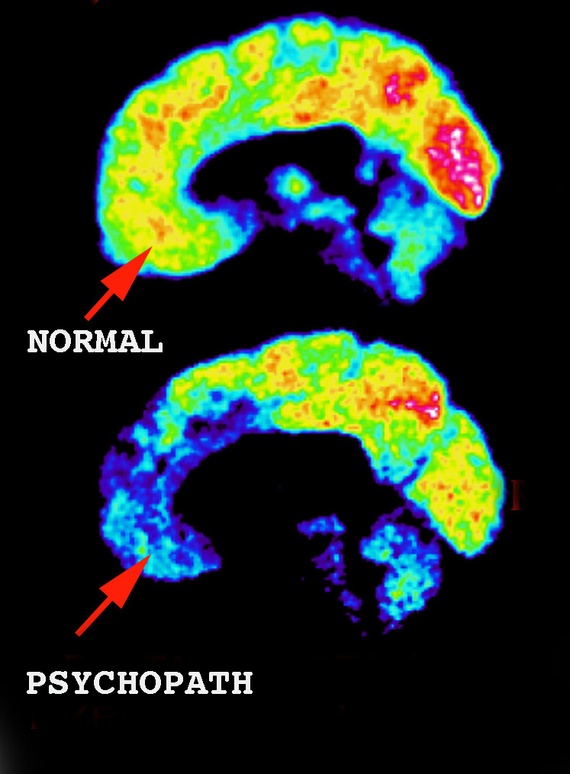 “To empathize with someone committing atrocities [is to] feel the ‘internal pain’ experienced by the devil himself.”

While fundamentally Morton’s argument rings true, there is an inherent flaw within his reasoning that empathy can only be experienced based on how a person could commit atrocities. Under the principles of Chinese philosophy (valid because ethnocentric arguments lack depth) the devil Morton speaks of is “a person who suffers internal or characteristic pain,” a nice way of saying a character flaw (Huang 22). This perspective is unique as western culture typically views those who do bad things as being the embodiment of evil, whereas eastern philosophy views their actions as the manifestation of internal agony. Thus, in this same vein, to empathize with someone committing atrocities, one does not have to imagine committing those acts, but instead feel the “internal pain” experienced by the devil himself (Huang). Morton’s argument that morality inhibits people from empathizing with a criminal’s actions crumbles, because it is not the acts of evil which need to be empathize with, but the character flaw or internal suffering of the perpetrator.

Now, consider the point made in the introduction: cruelty stems from a lack of empathy. Typically, as Morton points out, when a “person’s actions toward others exhibit a basic lack of empathy,” those who normally find it easy to empathize with others “will tend to be chilled (or at least “left cold”)” by those cruel actions (Slote 35). But here is where the second aspect of Morton’s argument falls. Because this chilling effect, as it were, is not representative of a lack of empathy, but rather the manifestation of it. The reason a person who normally empathizes with others feels so cold (or at least unempathetic) towards what many would deem cruel or evil people is precisely because they are “(cold hearted or very cool) in their attitudes or feelings toward other people” (Slote 37). In summary, a person, when challenged with empathizing with someone who is unempathetic and cruel will “catch (or pick up) a chill’ from the ‘cold hearted’ agents who lack a warm concern for others” and will thus feel what they are feeling–an absence of empathy (Slote).

An American crime drama which follows a team of FBI profilers, who have to think like the killers they are chasing in order to catch them.

To explore the public’s fascination with evil, one does not have to look any farther than popular television. Shows such as Criminal Minds and Dexter explore the very nature of evil, and what it means to empathize with those who commit atrocities. Morton’s argument that no one can empathize with evil without becoming the devil themselves is too narrow minded, ignoring the idea that it is not the actions we must empathize with, but the internal pain which drives them to act, and the effect of feeling what someone who is coldhearted and unempathetic feels. Thus, because we become cold ourselves when faced with people who do not feel empathy, we also become just a bit sociopathic.

7 thoughts on “We’re All a Bit Sociopathic”