V-Day: Until the Violence Stops 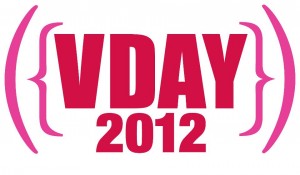 Yes, friends, today is V-Day. But, a V can stand for many things. Valentines. Vaginas. Victory (in ending violence against women)!

You’ve most likely heard enough about valentines for the day, but do you know about V-Day the movement? You may have heard of V-Day from attending a performance of The Vagina Monologues, but V-Day does even more than that! V-Day is a global activist movement to end violence against women and girls. It’s also a day on February 14 to end silence, shatter taboos, and create dialogue about violence towards women and girls. V-Day’s mission includes the demand that violence against women and girls must end, that the fight won’t stop until the violence stops, and that a world can exist where women live safely and freely.

The organization operates on four core beliefs (via V-day)

V-Day happens on a global scale, including in the city of Rochester and at the University of Rochester.  V-Day groups put on performances of Eve Ensler‘s Vagina Monologues, but they also organize and produce creative fundraisers,  campaigns to educate and change attitudes about violence against women, briefings on the status of women in different regions, and powerful anti-violence networks. V-Day has a list of victories, included funding that helped open women’s shelters in Egypt and Irag, annual workshops in Afghanistan, and conferences in South Asia.

As a leader in advocating and creating change for women and girls, V-Day provides communities with statistics and resources about the realities of violence against women and how to end it. V-Day even has its own page just for girls: V-Girls, and an initiative for men: V-Men. The span of outreach initiatives that V-Day has organized is impressive; I suggest you explore them yourself.

This year, V-Day Rochester 2012 will raise funds and awareness in a global effort to end violence against women and girls, with all proceeds benefiting Rape Crisis Service of Rochester and the 2012 V-Day National Spotlight: the women and girls of Haiti. The University of Rochester Women’s Caucus also will organize its own performance of The Vagina Monologues here at the University, so check back for more information! And, while you celebrate Valentine’s Day, make sure you also celebrate V-Day and take a moment to imagine a world where violence against women and girls doesn’t exist.

Former Program Assistant at the Susan B. Anthony Institute for Gender and Women's Studies at the University of Rochester.
View all posts by Kaitlin Legg →
This entry was posted in Community and tagged #anti-violence, #vday. Bookmark the permalink.