A Conversation with Members of the Gran Fury Collective 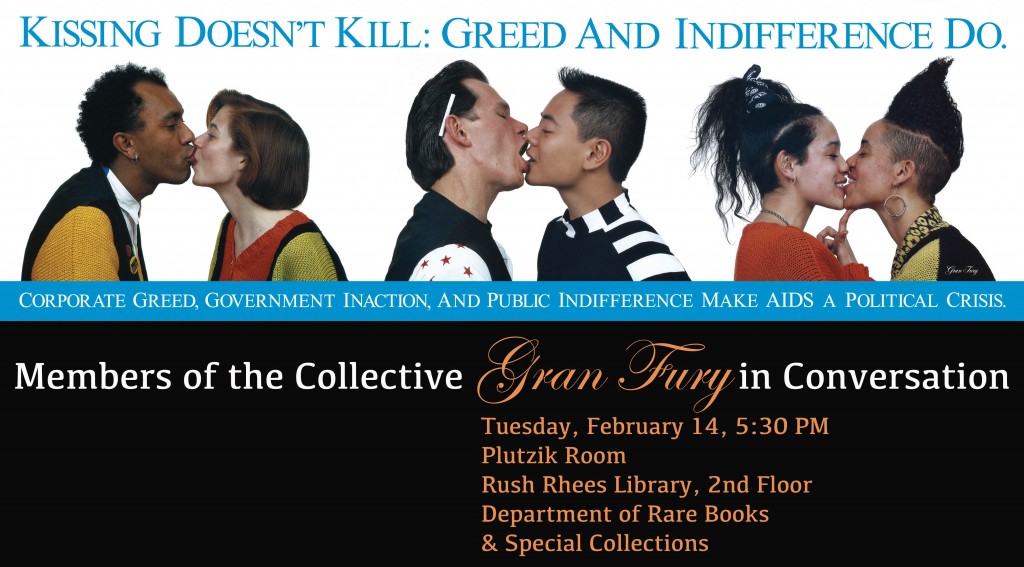 Members of the collective Gran Fury will be giving a talk and presentation Tuesday, February 14 at 5:30PM in the Plutzik Room, Rush Rhees Library, Department of Rare Books & Special Collections. The event is part of the Humanities Project.

Gran Fury, an affinity group of ACT UP, created iconic images that branded the AIDS activist movement in the late 1980s and early 90s. Responding to the Reagan Administration’s silence about AIDS, as well as the stigmatization of people with HIV, Gran Fury sought to make visible the social and political dimensions of the pandemic. Beginning with Xeroxes and wheat paste, they plastered flyers throughout downtown Manhattan in conjunction with ACT UP demonstrations. Eventually, with funding from art institutions, they designed billboards for conventional ad spaces.

With stylish, smart, and provocative text and image, Gran Fury sought to command attention to advance the public discourse around AIDS. Collective members Loring McAlpin and John Lindell will show images of Gran Fury’s work, some of which are exhibited in the Picturing AIDS and Its Publics: Educational Posters from the Atwater Collection, on view in the Rare Books & Special Collections Department at the Rush Rhees Library. The talk is free and open to the public.

Former Program Assistant at the Susan B. Anthony Institute for Gender and Women's Studies at the University of Rochester.
View all posts by Kaitlin Legg →
This entry was posted in College Events and tagged #Activism, #humanities project, #LGBTQI. Bookmark the permalink.