“…We ended up discussing the gender binary. With 10 year olds. At summer camp…”

Hello friends of SBAI! We are excited to share an update from Brianna Isaacson with all of you. Brianna is a student at the University of Rochester completing a cluster in Women’s Studies, she was an intern for Rocxxy 2013, and is the Activism Chair of Women’s Caucus.

With the start of another semester, I look forward to my favorite things: late nights with friends, reading on the PRR balcony, Danforth potatoes, and discussions about feminism! I had an amazing experience this summer with the Rocxxy program which allowed me to build relationships with feminists all over Rochester who are involved in reproductive justice, civil liberties, sexual assault, and feminist summer camps. My favorite moment of the summer was teaching a Social Justice 101 workshop to campers at Girls Rock! Rochester, a nonprofit dedicated to empowering girls through rock music. If you’ve never talked about classism or sexism with 10 year old girls, I suggest you do it. They were insightful, intelligent, and far better-spoken than I was at that age. During an activity about recognizing stereotypes, we ended up discussing the gender binary. With 10 year olds. At summer camp. One of the coolest discussions I’ve ever had. 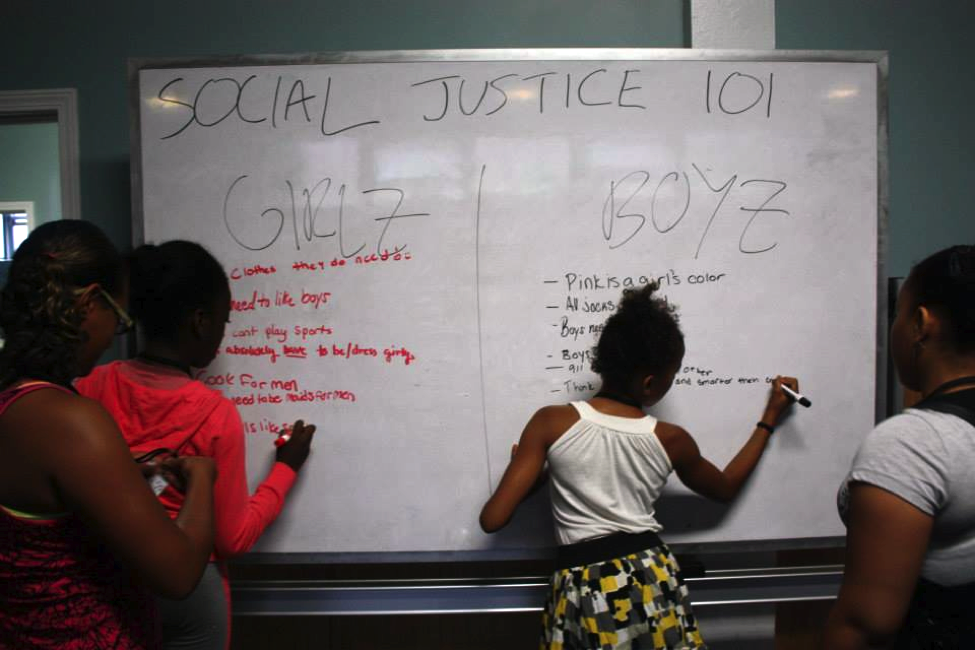 Challenging stereotypes is so punk rock.

Back on campus, the number of student-feminists is growing as well. There are several different things going on (and it’s only the first week of school!):

I’m looking forward to another year of activism, education, and empowerment with SBAI, Women’s Caucus, and my fellow students. Maybe I’ll even learn something in my classes.