Happily Ever After? The East German Marital Problem Film 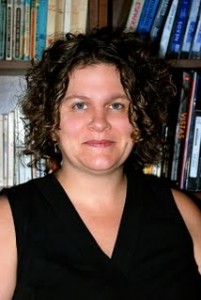 This post comes from guest writer Jennifer Creech, Assistant Professor of German and Affiliate Faculty member in the Film and Media Studies Program and the Susan B. Anthony Institute. Jennifer will kick off SBAI’s “Focus on the Future” Research Seminar Series for the 2011-2012 academic year with her talk “Happily Ever After? The East German Marital Problem Film.”

Often I am asked by my students how I developed an interest in my research focus, East German women’s films, and why they matter for today’s students, scholars and film audiences. My answer is always: it’s about considering the potentials and limits of popular discourses on gender and sexuality. As someone who grew up in the 1970s and 80s, I watched a wide spectrum of popular films that grappled with these questions, films as diverse as Terms of Endearment and The Stepford Wives (the original, highly politicized, not the reductionist remake with Bette Midler and Nicole Kidman.) What I find fascinating about socialist women’s films is the way in which they take certain aspects of women’s emancipation and equality under socialism for granted – equal pay, access to childcare, resolving the gendered division of labor in the home, women’s access to traditionally masculine fields – and yet they still find ways to articulate how emancipation and equality aren’t fully formed, and that the residue of bourgeois patriarchy has not yet been eradicated under socialism. These films, while focusing on the “personal” aspects of the political, also foreground the role of desire in articulating social critique, a desire that cannot be resolved through labor, which was supposed to form the core of socialist subjectivity. This dialectical approach in socialist women’s cinema – the marrying of the material and the libidinal – is what seems to be most lacking in current iterations of popular culture, and what I find to be their most important potential contribution to current debates about gender and sexuality. 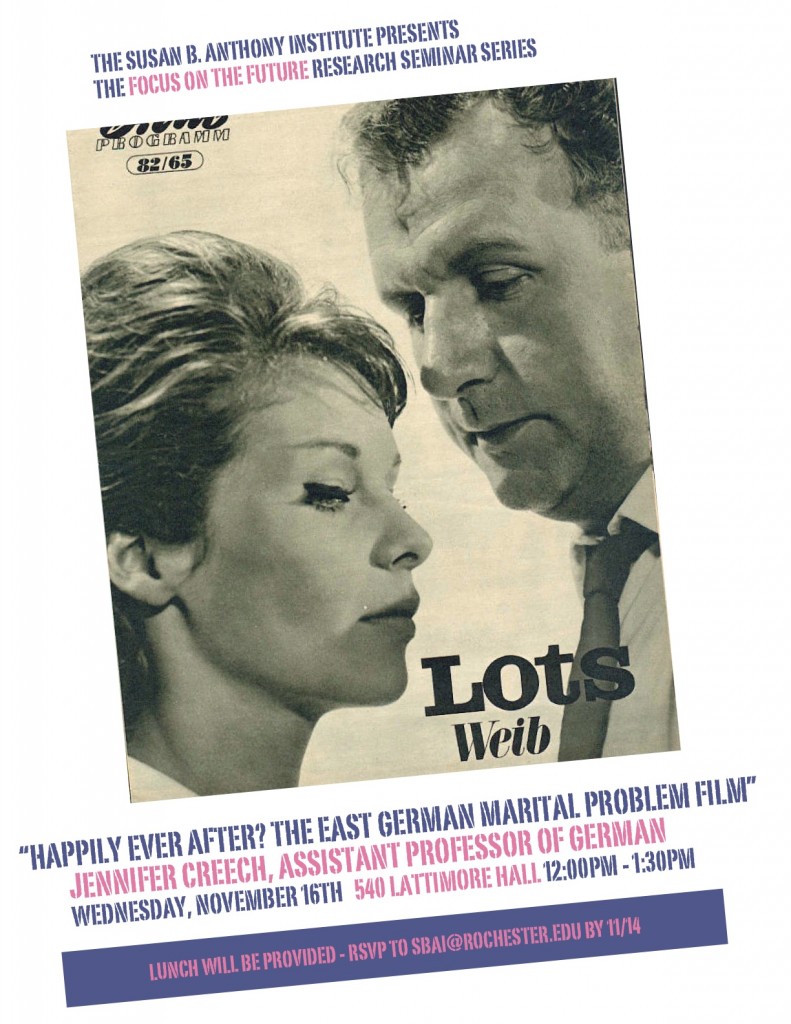 Former Program Assistant at the Susan B. Anthony Institute for Gender and Women's Studies at the University of Rochester.
View all posts by Kaitlin Legg →
This entry was posted in Guest Blogger, SBAI Events and tagged #film, #german, #guestblogger, #research. Bookmark the permalink.