This is a guest blog post by Kirsten Williamson, one of SBAI’s invaluable student office assistants. Williamson is a senior at the University and splits a good amount of her time between studio art and gender and women’s studies. 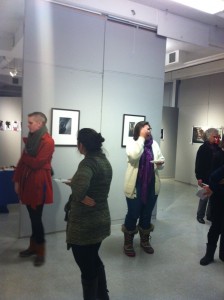 Attendees mingling at Sage during the special reception.

On Saturday, February 9, SBAI, the Film and Media Studies Department, the Department of Art and Art History, and Sage Art Center presented “If I Had a Camera…Re-Imagining Film and Media Through a Feminist Lens.” The first annual show began as a bud of inspiration from SBAI Program Manager Angela Clark-Taylor. Clark-Taylor was inspired by a school assignment that a friend’s teenage daughter had shared: reinvent a particular moment from films or popular culture. This got Clark-Taylor thinking about rethinking and creating images through a feminist perspective. Just like that, the show was born.

Unlike any other show I have seen or participated in at Sage, “If I Had a Camera…” invited all of Rochester to enter: University of Rochester faculty, staff, students, and community members at large (including individuals from out-of-state!). This inclusivity provided an opportunity for ideas, perspectives, and visual styles to mix and mingle. It was wonderful to see the talent that our entire community brings to the table!

There were three honorable mentions for this show: Barbara LeSavoy, Director of Women and Gender Studies at SUNY Brockport, for her piece “Mixed and Imagined,” and “Skin Deep” by UR student Jessica Kurtis. I am very flattered to have also received an honorable mention for my piece titled “embodiment.” The winner of the $100 prize went to Ben Goulet for his series “The Better to See You With.” The show was judged by SBAI Director Honey Meconi, UR Assistant Professor of Art Evelyne Leblac-Roberge, and a very special guest judge, Carolyn Ducey, from the International Quilt Study Center and Museum at the University of Nebraska in Lincoln. 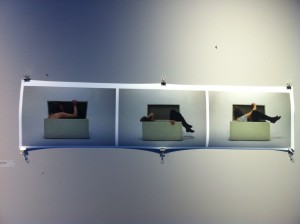 The opening was also a platform for raising awareness for One Billion Rising. The One Billion Rising initiative is based on the harrowing statistic from the United Nations Entity for Gender Equality and the Empowerment of Women (UNIFEM) which states that one in three women worldwide will be raped or beaten within her lifetime. On February 14th, 2013, the 15th Anniversary of V-Day, they are calling on women and men across the world to end violence against women and girls.  Local organizers have programmed special events throughout the month, culminating in a concert on February 14. The events are more timely than ever. With national stories about violence against women making headlines, more and more are speaking out against the structures that allow the violence to keep happening.

UPDATE: The show got a shout-out at Rochester City News!

“If I Had a Camera…” runs at Sage Art Center February 5th – February 13th. 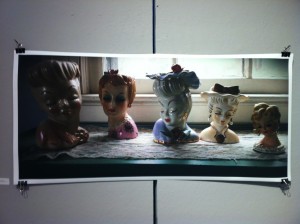 Former Program Assistant at the Susan B. Anthony Institute for Gender and Women's Studies at the University of Rochester.
View all posts by Kaitlin Legg →
This entry was posted in Guest Blogger, SBAI Events and tagged #art, #community, #feministart, #girls, #onebillionrising, #vday, #violence, #women. Bookmark the permalink.