Bernice A. King and One Billion Rising Call to End Violence Against Women and Girls 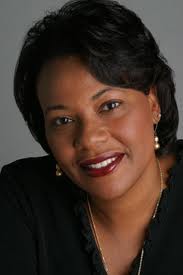 In honor of Martin Luther King, Jr. Day, Dr. King’s daughter Bernice A. King made a statement for One Billion Rising. You can watch it online here.  Bernice A. King’s statement joins the “I am rising…” statements of influential activists, organizers, public figures, and other leaders from across the globe. Ai-jen Poo, Director of the National Domestic Workers Alliance and a past speaker at the University of Rochester’s annual Stanton/Anthony Conversations (sponsored by the Anthony Center for Women’s Leadership), also recorded a statement.

One Billion Rising is a global strike to demand an end to violence against women and girls across the world on the 15th anniversary of V-Day (February 14, 2013). SBAI’s “If I had a camera…” feminist photography contest supports OBR: Rochester and V-Day.

“An individual has not started living until he can RISE above the narrow confines of his individualistic concerns to the broader concerns of all humanity.” – Dr. Martin Luther King, Jr.

Former Program Assistant at the Susan B. Anthony Institute for Gender and Women's Studies at the University of Rochester.
View all posts by Kaitlin Legg →
This entry was posted in Uncategorized and tagged #berniceking, #endviolence, #martinlutherking, #mlk, #obr, #v-day. Bookmark the permalink.