This Thursday, March 24th, the Susan B. Anthony Institute will host the Opening Reception of our 18th Annual Gender and Women’s Studies Interdisciplinary Graduate Conference with the 2011 Susan B. Anthony Lecture featuring Laura Kipnis. 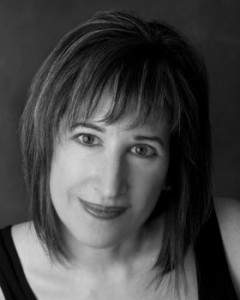 Laura Kipnis is the author of How To Become A Scandal, Against Love: A Polemic and The Female Thing: Dirt, Sex, Envy, Vulnerability, which have been translated into fifteen languages. She is a professor in the Department of Radio/TV/Film at Northwestern University, has received fellowships from the Guggenheim Foundation and the Rockefeller Foundation, and has contributed to Slate, Harper’s, The Nation, and The New York Times Magazine. She lives in New York and Chicago.

We invite you to join us in the Hawkins-Carlson room of Rush Rhees Library at 5:00pm to welcome Kipnis to the University of Rochester and commend our graduate students who planned this international event. Kipnis will be presenting her Keynote speech at 5:30pm, titled: “In Defense of Penis Envy, and Other Unsayables: Tarrying with the Unprogressive.” 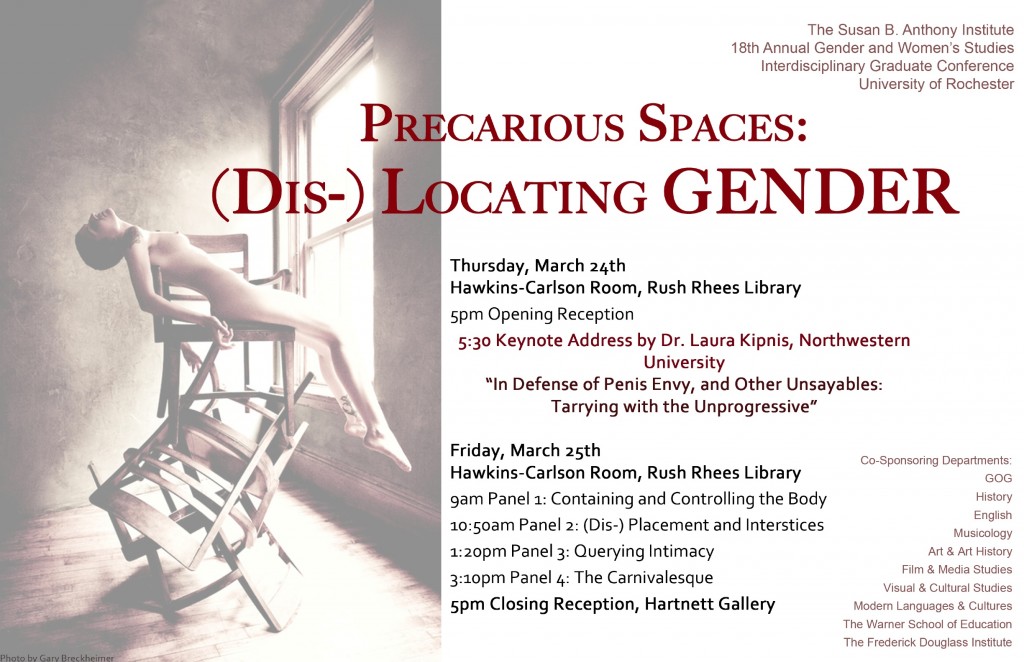 The 18th Annual Gender and Women’s Studies Interdisciplinary Graduate Conference – Precarious Spaces: (Dis-)Locating Gender begins the following morning at 9:00am in the Hawkins-Carlson Room and will feature four panels: Containing and Controlling the Body, (Dis-) Placement and Interstices, Querying Intimacy, and The Carnivalesque. We welcome all students, faculty, staff and greater UR community members to join us in Hawkins-Carlson March 24-25! Please check the conference webpage for details about each panel.

This entry was posted in SBAI Events and tagged #research, #SBAIgrads. Bookmark the permalink.