Join us next Monday, September 24th at 12pm for a works-in-progress research seminar with the 2012-2013 Frederick Douglass Institute Post-Doctoral Fellow, Sarah Seidman. Dr. Seidman’s research revolves around race, movements for political change, the radical imagination, visual culture, and transnationalism in the United States and the world. She has a B.A. in American Studies from Wesleyan University and an M.A. in Public Humanities and a Ph.D. in American Studies from Brown University. 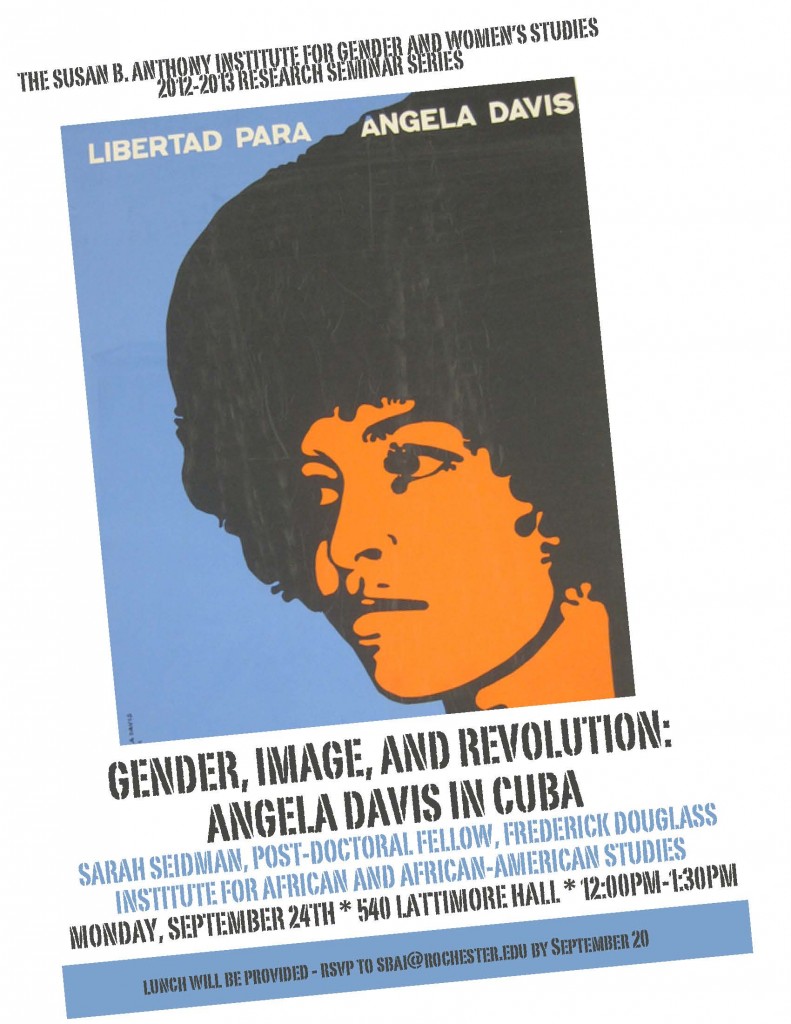 Former Program Assistant at the Susan B. Anthony Institute for Gender and Women's Studies at the University of Rochester.
View all posts by Kaitlin Legg →
This entry was posted in SBAI Events and tagged #angeladavis, #cuba, #fdi, #research. Bookmark the permalink.