SBAI Stories: “The Torso in Between Cultures” by Jiangtao (Harry) Gu

Posted on September 20, 2017 by Susan B. Anthony Institute for Gender and Women's Studies University of Rochester

My first encounter with China’s gay community happened in a strictly non-academic setting. In the summer of 2010, when visiting with my family in Shanghai as a rising college sophomore, I was introduced to the city’s emerging gay scene by some American expats. On Saturday nights, we would go to Shanghai Studio, a dance club/art gallery converted from an underground shelter located at the intersection of Huaihai Zhong Lu and Xingguo Lu.There, we would find ourselves being surrounded by a mixed group of patrons conversing in English, Chinese, and sometimes French. Even though there had always been a strong presence of Westerners in Shanghai for as far as I could remember, especially in the area known as the former French Concession, the density of Studio’s international patrons made me wonder how exactly gay life and desires in Shanghai were influenced by its Western residents as well as the legacy of the city’s colonial past. 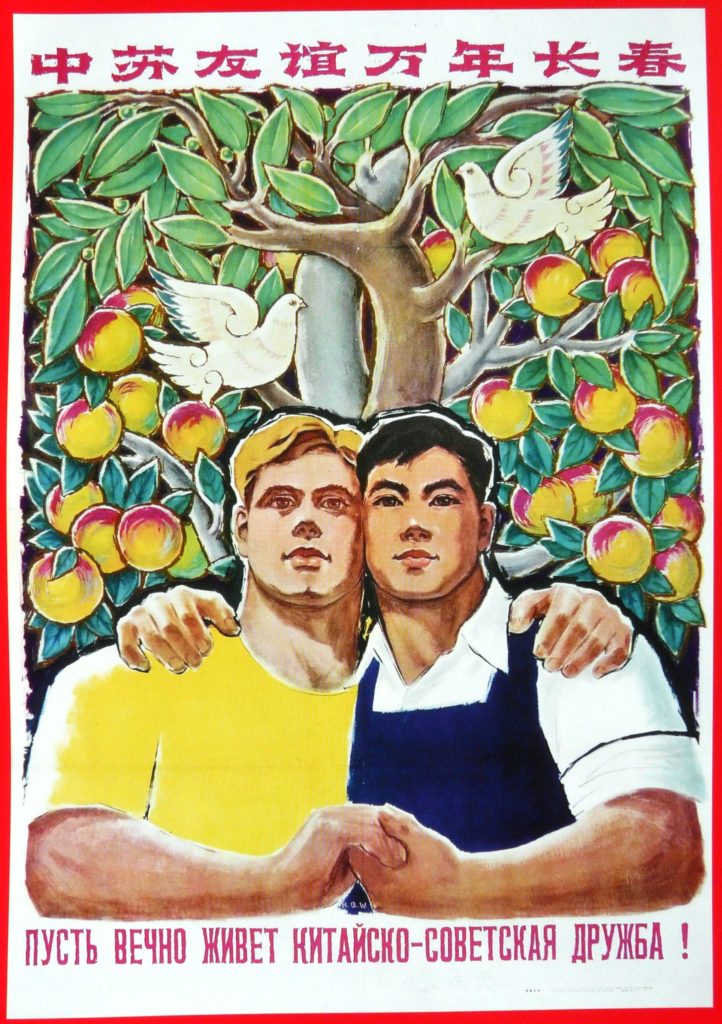 In anthropologist Lisa Rofel’s 2007 book Desring China, Experiments in Neoliberalism, Sexuality, and Public Culture, she links the “desiring subject” of gay men and lesbians in China with the country’s effort to overcome its socialist past in an ongoing search for what she calls “a novel cosmopolitan humanity.” According to Rofel, Chinese citizens’ enthusiasm in such desiring practices traversed the state, business, and everyday life, to “piece together disparate experiences of their transnational encounters to make themselves and China appear as if they were entering a wholly new, coherent era.” This identification with the post-Cold War world, however, was often ironically rejected by Westerners through their racially-charged distaste for the Chinese male body. Whereas the white male body is very much idealized in contemporary China as the prototype of masculinity and sexual attraction, the Chinese male body is thought to be weak, feminine, and unattractive.

Based on these initial observations, I conducted ethnographic research in Chinese urban centers such as Shanghai and Hong Kong in the summer of 2014 through a travel grant from the Susan B. Anthony Institute for Gender, Sexuality, and Women’s Studies. During my research, I obtained a residency at the Chinese University of Hong Kong and studied with Dr. Katrien Jacobs, Associate Professor of Cultural Studies, whose research interests include China’s internet culture and sexuality. The case of Hong Kong is interesting because unlike Shanghai, the city is arguably even more Westernized due to its century-long history of being a British colony. From my conversation with members of the local gay community, it seems many Hong Kong gay men are not only aware of the post-colonial discourses on body and sexuality but also devised ways to resist the colonization of their bodies and desires. 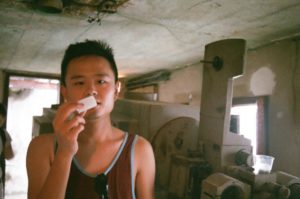 At the time of my research, gay hookup apps such as Grindr and Jack’d just started to become popular in China. By looking at how users have represented themselves in such a digital space, I identified the torso shot to be a dominant genre of profile pictures used by both white and Chinese users. Aside from its anonymity, the torso also directs the viewer’s attention away from the face as the locus of one’s identity. I argued, by focusing on the chest and abs, the torso shot fragmented the body in the same way that the architectural features of public bathhouses such as glory holes and cruising maze have broken up gay men’s bodies into sensuous and pleasurable parts. Precisely because it is difficult to distinguish the Chinese from the while body without the face pic, the torso shot not only offered privacy to those who do not feel comfortable coming out in such a digital space, but also constructed a common queer body in between cultures and mitigated the racial differences experienced in every aspect of social and intimate life. Even though I eventually came to doubt the possibility of building solidarity and political alliances around the queer body, my research experience in Hong Kong nonetheless gave me the opportunity to put my initial interests in context.

Jiangtao (Harry) Gu is a PhD candidate in the Graduate Program in Visual and Cultural Studies at the University of Rochester. His research sits at the intersection of Chinese visual culture and postcolonial historiography. He also holds an Andrew W. Mellon Fellowship in the Digital Humanities. His dissertation, entitled China in Prospects:Photographing Empire to Nation State, 1856-1912, probes the early history of photography in China, and examines the medium’s relation with Chinese nationalism. He has received multiple awards and grants including a fellowship to attend the Flaherty Seminar, a Dissertation Proposal and Development Fellowship from the Social Science Research Council, a best student paper prize from the Association for Asian Studies, and research fundings from the Susan B. Anthony Institute for Gender and Women’s Studies, Chinese University of Hong Kong, as well as Fisher Center for the Study of Men and Women.

This entry was posted in SBAI Stories and tagged #SBAIgrads, SBAIresearchgrants. Bookmark the permalink.