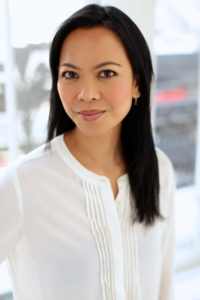 Mia Alvar was named the 2016 recipient of the Janet Heidinger Kafka Prize for Fiction presented by the Susan B. Anthony Institute for Gender, Sexuality, and Women’s Studies and the Department of English. The award is being given for her debut work of fiction, In the Country, which received critical acclaim from the New York Times Sunday Book Review and was winner of the 2016 PEN/Robert W. Bingham Prize for Debut Fiction and the 2015 Barnes & Noble Discover Great New Writers Award.

In the Country “stood out as the selection committee’s unanimous choice among almost 150 entries for its ability to craft a cohesive, intricately wrought world out of nine separate narratives,” explained Professor of Spanish Beth Jörgensen. She—along with fellow committee members Katherine Mannheimer, associate professor of English, and Jason Peck, visiting assistant professor of German—took only five minutes to agree on this year’s selection. Together with The Instinct for Bliss (1995) by Melissa Pritchard and The Dance Boots (2010) by Linda LeGarde Grover, In the Country is one of the few short story collections awarded with the Janet Heidinger Kafka Prize which is awarded to a promising but less established American woman who has written the best book-length work of prose fiction. 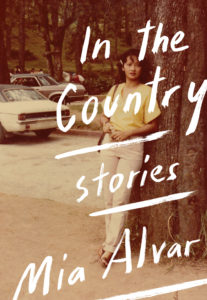 Jörgensen appraised how Alvar’s nine stories “create morally and culturally complex characters who are engaged in negotiating the challenges of migration away from home for economic reasons and confronting the equally fraught experience of returning home,” adding how the book “provides insights into the rarely written lives of first-generation Filipinos living in the Middle East and the United States, and her beautiful, lucid prose, rich in irony, subtlety and compassion, draws her readers into their environment and their inner lives.”

Alvar read passages from the beginnings of three stories from the collection—“The Kontrabida,” “Legends of the White Lady,” and “Shadow Families”—before answering questions from the audience of the event.“It’s been an incredible honor for me to accept this prize from the institute, as someone who minored in women’s studies as an undergraduate and who, from the time that I first started writing fiction, was drawn to depicting the lives of mothers, daughters, and sisters,” said Alvar.

For more information about the Kafka Prize and previous winner go here.

For more information about the event go here.