Congratulations to professor Jennifer L. Creech, Associate Professor of German and Chair of the SBAI Curriculum Committee, for the recent publication of her first book Mothers, Comrades, and Outcasts in East German Women’s Film (University of Indiana Press, 2016). In addition to Chairing SBAI’s Curriculum Committee, Creech is a long time Associate of our department. Some of the courses the Creech has taught that are crosslisted with Gender, Sexuality, and Women’s studies include:

We are so happy to celebrate this publication with her! 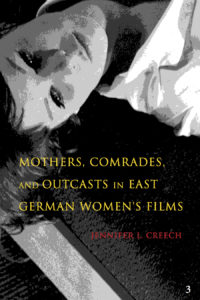 wo decades of the former East Germany. Jennifer L. Creech explores the ways in which these films functioned as an alternative public sphere where official ideologies of socialist progress and utopian collectivism could be resisted. Emerging after the infamous cultural freeze of 1965, these women’s films reveal a shift from overt political critique to a covert politics located in the intimate, problem-rich experiences of everyday life under socialism. Through an analysis of films that focus on what were perceived as “women’s concerns”—marital problems, motherhood, emancipation, and residual patriarchy—Creech argues that the female protagonist served as a crystallization of socialist contradictions. By framing their politics in terms of women’s concerns, these films used women’s desire and agency to contest the more general problems of social alienation and collectivism, and to re-imagine the possibilities of self-fulfillment under socialism.” (via Indiana University Press) 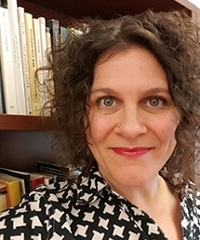 Jennifer L. Creech is Associate Professor of German at the Modern Languages and Cultures Department, where she is Affiliate Faculty in Film and Media Studies, and Associate Faculty at the Susan B. Anthony Institute for Gender, Sexuality, and Women’s Studies. She is editor (with Thomas O. Haakenson) of Spectacle. Her research and teaching interests include late 20th-century German literature, film, and culture; cinema studies; and Marxist and feminist theories.