After Rebecca T. Alpert’s lunchtime talk “The Life of the Scholar-Activist” with SBAI at the University of Rochester, Temple Sinai is hosting Alpert as their scholar for the evening, where she will present on the topic of LGBT Jews and Israel: Sexual Orientation and Political Perspectives.

This event is open to the public. The service, dinner, and program are all *free* to attend, but reservations are required for dinner by April 22. Call the Temple office to make reservations at 585-381-6890. 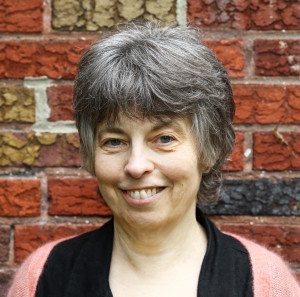 Professor Alpert is Associate Dean of Academic Affairs and Professor of Religion in the College of Liberal Arts at Temple University in Philadelphia and was among the first women in America to be ordained as a Rabbi. Her specialization is in American, and especially Jewish American, religious history. She focuses on issues related to gender, sexuality, and race.

Dr. Alpert graduated from Barnard College before getting her PhD in Religion at Temple University and her rabbinical training at the Reconstructionist Rabbinical College in Wyncote, Pennsylvania. Dr. Alpert’s research has focused on explaining and expounding the Reconstructionist tradition, the place of gay and lesbian individuals in Jewish religious history, and religion and sports. Her best known works are Like Bread on the Seder Plate: Jewish Lesbians and the Transformation of Tradition (Columbia University Press, 1997), Whose Torah? A Concise Guide to Progressive Judaism (New Press, 2008), and Out of Left Field: Jews and Black Baseball (Oxford University Press, 2011). Her latest book, Religion and Sports: An introduction and Case Studies, will be available from Columbia University Press in June 2015.