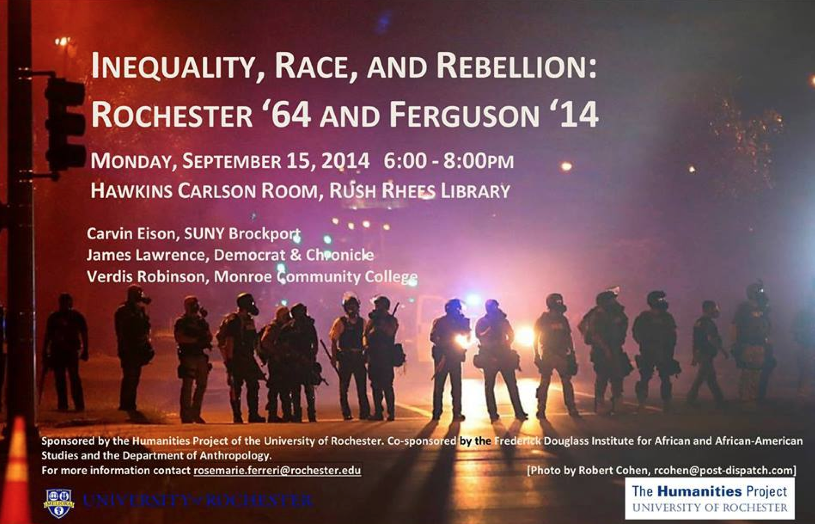 By now the American public is likely quite familiar with the urban unrest occurring in Ferguson, Missouri. The city has become infamous following the police killing of Michael Brown, an unarmed African American teenager. The tragedy incited community protests, and as a result, police stepped in to occupy citizens’ lawful space. News stories erupted across the globe raising questions about racial inequality, urban space, police force and militarization, and the role of media in shaping political protest. Just 50 years ago, similar unrest took place in Rochester. Riots of rebellion escalated following the arrest of an innocent African American teenager.

The Humanities Project at the University of Rochester, in conjunction with the Frederick Douglas Institute for African and African-American Studies, and the Department of Anthropology, will be holding symposium Inequality, Race and Rebellion: Rochester ’64 and Ferguson ’14 to investigate similarities and differences between the two contexts. 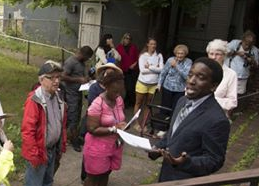 The panel of community experts will discuss how reflections on Rochester on 1964 can aid in our understanding of the unfolding situation in Ferguson in 2014.

The dialogue will address themes including the role of media in portraying these types of events and how we can think about the increasingly militarized police force, mass incarceration, and the prison industrial complex with particular analysis regarding race, class, and other marginalized identities.

Join us on Monday, September 15th from 6:00 to 8:00pm for this important and insightful discussion. The event will take place in the Hawkins-Carlson Room of Rush Rhees Library.

Learn more about the event on Facebook or contact rosemarie.ferreri@rochester.edu for additional information. Hope to see you there! 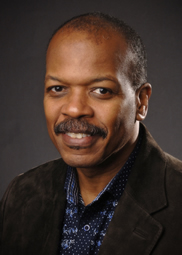 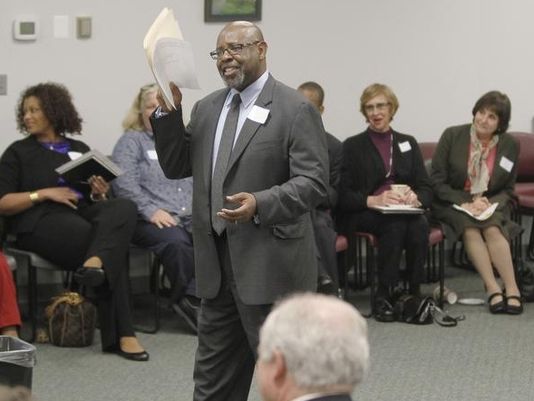