Kimberly and Beck, and Transition-Related Health Coverage for a Healthier Rochester

At this point anyone who keeps up with Rochester news has heard about The Buzz 98.9’s “Morning Buzz” segment with Kimberly and Beck last Wednesday, but for those of you who missed it we’ll briefly recap the story: Two morning drive radio show hosts made a handful of misinformed and extremely transphobic comments on air (listen here). They were discussing a trans woman on a local softball team and the City of Rochester’s decision to include transition-related medical expenses to city workers’ health care plans.  The Rochester community stepped up, started a petition, and spoke out against the hate speech broadcast over the airwaves, and two days later both hosts of the show were fired from the radio station. Kimberly and Beck have just issued a formal apology.

We are so glad that Rochester has chosen to include transition-related expenses in their coverage of city employees, and we are pleased that The University of Rochester recently made a similar decision to include transition-related healthcare in its student healthcare plans beginning in the 2014-2015 year. John Cullen, Outreach Coordinator at the Susan B. Anthony Center for Women’s Leadership spoke to The Democrat and Chronicle about the new plan:

“Students who are enrolled in the student healthcare plan will be eligible for services including hormone therapy, medical and psychological counseling, and gender affirmation surgery. ‘It’s a medical necessity,’ he said. “It will also help promote a more inclusive environment and a more healthy and productive student body.” 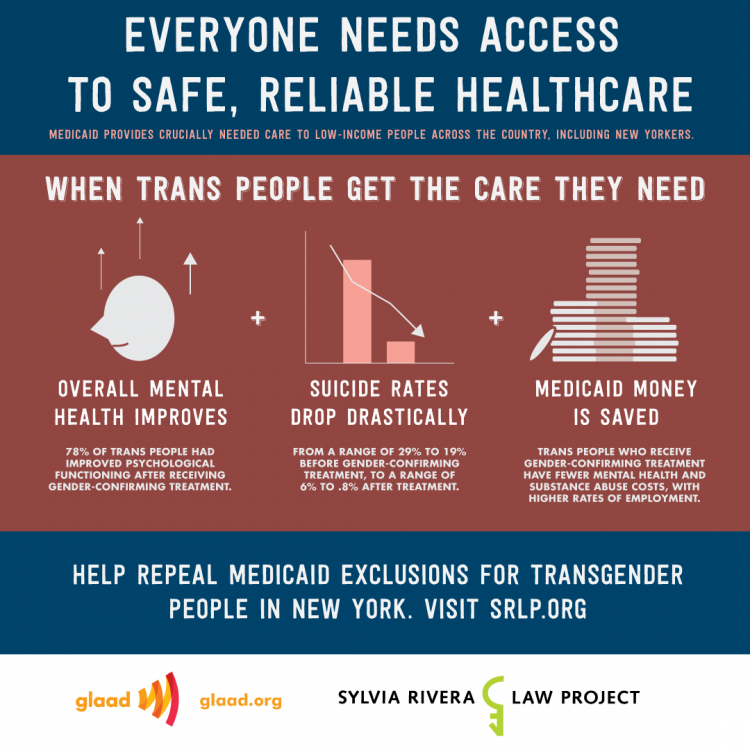 We are proud to be among the fifty-some Universities in the United States to extend their healthcare benefits in this direction, and we hope that more will soon follow suit! We hope that last week’s egregious radio broadcast, Rochester’s new healthcare benefits, and the University’s new student healthcare benefits will push individuals to learn about the importance of  transition-related health care benefits as well as the difficulties faced by trans* communities. According to a report by the National Center for Transgender Equality and The Task Force, “Injustice at Every Turn,” :

When these unfortunate numbers are considered with findings from a recent Pew poll which suggests that only 8% of Americans say they personally know someone who is transgender, it becomes clear how important it is for the media to get it right when discussing transgender related issues. You can help combat derogatory speech as well as the spread of misinformation. If you would like to become better versed, this FAQ page on GLAAD’s site can be a good place to start.

We hope you join the University and City of Rochester in creating a healthier and happier community!