Given their uniformity in sequence and their critical role in metabolism, it is surprising that even the tandemly repeated rRNA genes have become the niche for a number of transposable elements. 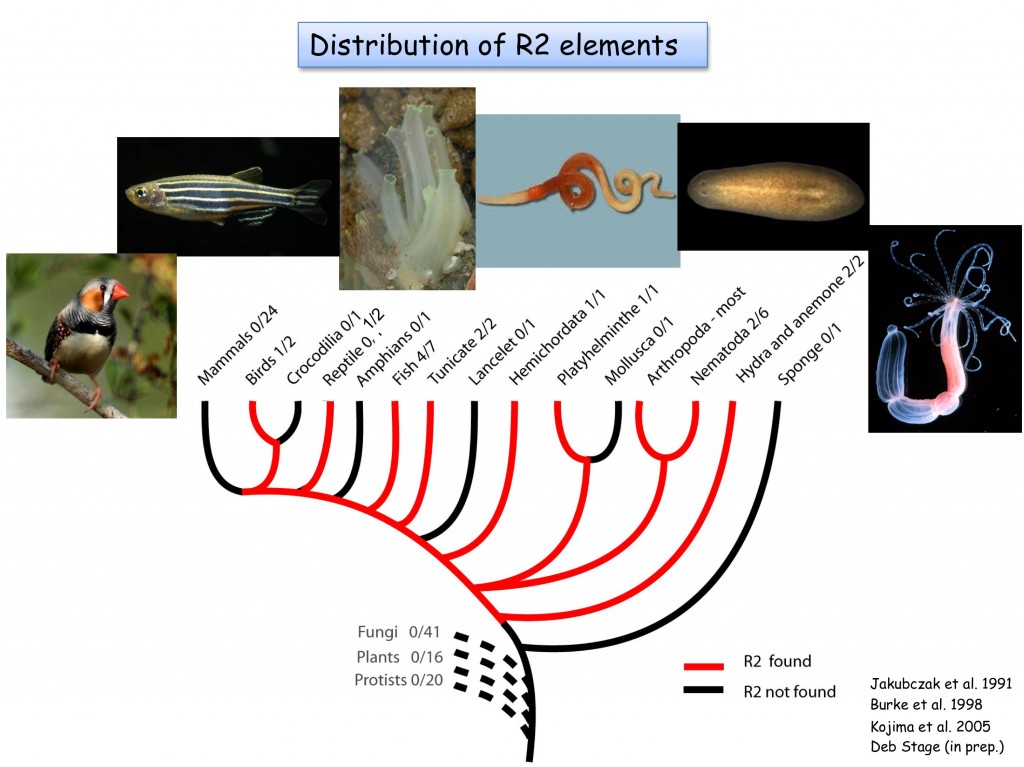 Our studies are currently focused in four areas.

1. Biochemical studies of the mechanism of R2 insertion.

Using an in vitro system with purified components we have characterized the integration mechanism used by the R2 element. This mechanism, termed target primed reverse transcription, has become the generally accepted mechanism of integration for all non-LTR retrotransposons, SINEs and processed pseudogenes. (more)

2. Regulation of expression of R2.

Strains of Drosophila have been identified with active and inactive elements.Control maps within the rDNA locus itself. Crosses between active and inactive lines suggest that nuclear dominance plays an important role in controlling element activity. See regulation of activity.

3. Ribozyme processing of the R2 transcript.

We have found that R2 transcripts are processed from the 28S gene co-transcript by self-cleavage of an encoded ribozyme at the 5′ end of R2. (more)